After weeks of demonizing refugees to scare the crap out of his political base, Texas Governor Greg Abbott is now redeeming his political capital for hard cash. “Obama is attacking me for protecting U.S. from Syrian refugees who may be dangerous. Join my fight,” he tweeted, alongside a link to donate to his campaign.

When you click the link it takes you to a page with an ominous grungy graphic of Texas with the words, “BATTLE FOR TEXAS Join the fight to keep Texas red.” Under the meme is the text, “We have to win this fight. And with your help, we will. Contribute today to join our fight, keep our state red, and preserve our nation’s values.” After Abbott dropped the hammer on non-profits who assist in refugee resettlement, it makes you wonder which “values,” — certainly not religious liberty.

It is hard to decide which is worse: playing the victim card after threatening to defund religious charities willing to help refugees, or exploiting their suffering to solicit campaign contributions?

Abbott has mastered the strategy of leveraging disaffected minority groups to strike fear in the heart of conservatives, and activate their political fight or flight response. First, he came for the undocumented immigrants. Even though they make up half the state’s construction workers, and have contributed massively to the economic powerhouse of our state, their legal status, language barrier, and non-anglo appearance, make them a perfect soft target. While some Hispanics have supported Abbott and resent undocumented immigrants, Abbott’s hard line raises major concerns about racial profiling. A report by KXAN found that, “the number of drivers stopped by troopers and recorded as Hispanic has gone up annually since 2010 — from nearly 208,000 to 351,000 last year — while the number of drivers recorded as white declined in the same time period from 1.9 million to about 1.2 million last year.”

This tactic has resulted in electoral success, but the trend lines show the rhetoric is weighing down the GOP’s chances at gaining Hispanic voters support in the future. Unfortunately, it seems the bet is that they won’t vote in substantial enough numbers to alter the political makeup of the state, at least not for a while. 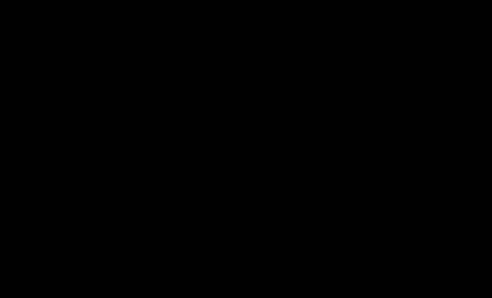 Abbott has been successful at turning complicated issues into simple black and white. Abbott’s social media consistently attempts to breakdown any wall of separation between ISIS terrorists and Syrian refugees escaping their wrath — and the consequences are growing more dangerous by the day. From vandalism of a mosque in Pflugerville to armed protests outside a mosque in Irving, right wing fanatics are growing more bold in their actions against ethnic and religious minorities. In an editorial on the Irving incident, the Dallas Morning News wrote:

“Imagine leaving Sunday church services with spirits flying high only to be greeted in the parking lot by an armed group of Muslim-Americans who denounce your very religion.

The outcry would be loud and long.

It should be the same today after a dozen armed protesters toted their guns and signs at the Islamic Center of Irving mosque on Saturday during afternoon prayers.

The small band said they were spurred by an Islamic group’s terrorist attacks in Paris. The protesters, like many Americans, want to block Syrian refugees from coming here. They said they were armed for self-defense and want to stop the “Islamization of America.”

This is America. Free speech and the right to protest are our calling cards. But AR-15s at a place of worship? That is out of bounds, and it shows how very close we are to chaos.“

Just a couple of days ago, Abbott tweeted, “Romans 13 teaches that Government’s role is different than man’s duty: it is to protect citizens & ensure justice. Texas will abide.” Setting aside that the bible teaches that it was a Roman Governor who had Jesus crucified, these words run contrary to the fundamental argument you normally hear conservatives make on behalf of the 2nd Amendment — that the government can’t keep us safe and happens to be the single biggest threat to liberty. And in the context of religious minorities and people of color, the Governor’s actions run contrary to its message by putting their lives at even more risk.

Obama is attacking me for protecting U.S. from Syrian refugees who may be dangerous. Join my fight. https://t.co/WRzv5r6CGZ