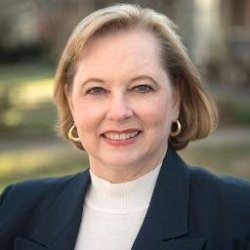 In the Democratic primary for Wendy Davis's soon-to-be-former Senate seat, Burnt Orange Report finds Libby Willis to be the strongest candidate to defend the district.

The one downside to Wendy Davis's campaign for governor is that Democrats will have a challenging time holding SD-10, and with it the increased ability to block bad legislation in the Senate through the use of the two-thirds rule.

Of the Democrats running for this seat, Libby Willis is the best choice to run a hard campaign against the eventual Republican nominee. (The other side has a very crowded primary.) Willis has a long record of community involvement as a neighborhood association leader and former neighborhood revitalization consultant.

She has also been endorsed by Annie's List, and will be able to mount a strong campaign this November that will give Democrats the best chance of holding SD-10 and sending a strong advocate for education and the most vulnerable to the Senate.

Endorsements are made based on a weighted consensus of the staff, which guides the type and tone of endorsement. Members of the Burnt Orange Report staff with any conflict of interest in a given race abstain from voting on that race.