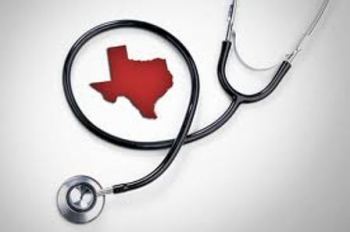 On January 6th the Texas Department of Insurance will hold its last public hearing regarding the state's regulation of health care navigators. The navigators are responsible for helping individuals get enrolled through the new Healthcare.gov exchange, but in Texas Governor Rick Perry has been working to add unnecessary red tape in order to impede the success of the law. Reputable non-profit organizations in Texas like United Way received $11 million in federal grant money to help enroll individuals in local communities across the state.

In September just days before the health insurance exchange website went live Perry ordered TDI to craft new rules that included additional training and background checks for individuals who serve as navigators. Apparently even Senator Kirk Watson the author of the bill (that authorized navigators in Texas) was unaware that TDI had sent a letter to federal Health and Human Services Secretary Kathleen Sebelius, or the plan to implement rules that, “appear to both conflict with federal law and be inconsistent with SB 1795.”

See a few of these conflicts and find out how you can help below the jump…Among the over-burdensome rules Senator Watson, listed in a letter to TDI Commissioner Julia Rathgeber, are: “a purely arbitrary amount of additional training” (20-40 hours), background checks or fingerprints, fees, and the creation of a statewide database of those who were assisted by navigators and where.

Today the Senator released a statement regarding the proposed changes and hearing which he requested:

Some of the rules being considered by the Department of Insurance are no-brainers…Of course background checks should be required of navigators – my bill forbids criminals from doing that job, and I want to see those provisions enforced.

My problem is with things likes fees for navigators, who themselves are prohibited from charging for their services, and the arbitrary and unjustified addition of 40 hours to the existing federal training requirements. The Department needs to demonstrate that these provisions are not designed simply to put navigators out-of-business.

With these actions Perry is guilty of everything he blames the federal government for: waste, over regulation, and ensuring government gets in the way of people doing their jobs. Watson said of Perry, “He's twisting the meaning of protecting consumers to fulfill an extreme political agenda. This will hurt Texans who need healthcare far more than it helps him in some GOP primary.”

Most observers are sure Perry would like to make a 2nd run for the White House and he appears to be setting himself up as leading the charge against America's uninsured. In 2011 at a GOP Primary debate he said, “If we can get the federal government out of our business in the states when it comes to health care, we'll come up with ways to deliver more health care to more people cheaper than what the federal government is mandating today,” Of course if that were true Texas would not have the highest uninsured population in the nation.

Regardless of our state “leaders” reckless behavior Texas must find a way to deal with the 6 million uninsured who place a substantial burden what safety net the state does have. By rejecting $79 billion for Medicaid expansion even with full implementation of the ACA Texas will have 1 million left uninsured. Watson said, “And it's baffling that the Governor seems to have dug in against the basic notion of Texans having affordable health insurance.”

Please consider testifying or showing your support by attending the hearing or submitting testimony. Below are the details and how you can participate. If you have further questions regarding the hearing, you may contact Scott Daigle in Rep. Donna Howard's office at 512-463-0631 or scott.daigle@house.state.tx.us.

A second public hearing will take place at 9:00 a.m. on January 6, 2014. Both opportunities for public comment will be audio streamed online and archived on the agency website.

Written comments should be sent to:

The public hearings will take place at the Hobby Building, 333 Guadalupe St., Austin, TX  78701. The proposed rules were published in the Texas Register on December 6, 2013, and are posted on the agency website at: http://www.tdi.texas.gov/rules… .