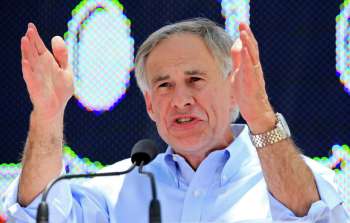 According to Greg Abbott's spokesman Matt Hirsch, “Education is a major issue for this campaign,” yet there is still a complete absence of the word “education” (let alone “public education”) in the “Issues” section of his website. Now as campaign season gears up concerned Texans are forced to deduce his positions via his advisors and donors.

Today Abbott held an online “Discussion With Merrill Matthews” an author of “A Capitalist Manifesto” who in his free-market version of the Communist Manifesto called for the, “Abolition of direct funding for school systems.”

Senator Wendy Davis, who last week blasted Abbott for defending the public education cuts that she filibustered in 2011, is now calling for Abbott to, “immediately reject his policy advisor's position” because it puts our state's future at risk.

The link between education and income is well researched, so it is all the more head-slapping that a candidate for Governor in the state with the highest uninsured population and most minimum wage jobs would do anything but soundly reject such an idea.

More below the jump…

“Greg Abbott has already defended over $5 billion in cuts to neighborhood schools in the courtroom, and now he is hosting an event with an advisor who wants to abolish direct funding of those schools altogether,” said State Senator Wendy Davis.

In an interview with KERA entitled, “Running For Governor, Greg Abbott Talks Education, But Policy Details Scarce” Abbott said vouchers were not “his focus” but insisted, “Digital-based learning” could help keep down costs in public education.

Educators of course would prefer to discuss education as an investment not a “cost.” The Texas State Teachers' Association who has been critical of Abbott's sparse details and skeptical of his calls for reform said, “mostly the “education reform” remark has been a footnote in a campaign stump speech heavy on red-meat.”

Educators have a right to be concerned about the defunding and dismantling of our public education system, especially when they can't get straight answers from the candidate. In a Texas Tribune article the Abbott campaign said they weren't, “aware of any plans to include a discussion of voucher policy in the upcoming series of roundtables.”

If he won't talk just follow the money. According to the Texas Ethics Commission  Dr. James “Jim” Leininger a big financial backer of public school vouchers and has contributed $294,508.17 to Texans for Greg Abbott.

Matt Angle of the Lone Star Project made the connect saying,

“Abbott takes his direction from big financial donors and school-voucher backers like James Leininger, and oddball advisers like Merrill Matthews Jr. The notion of Greg Abbott making decisions about education should send a five alarm alert to all Texans who believe in good neighborhood schools.”

The bottom line is Texans want and deserve to know if Greg Abbott values Texas' constitutionally protected institution of public education or if he plans to leave the future of Texas to the will and devices of the free-market.