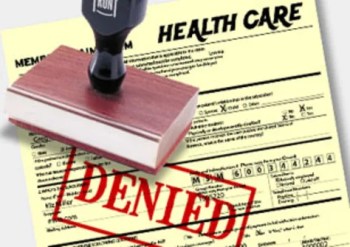 The good news is that one of the major milestones of the Affordable Care Act – the health insurance exchanges – became available on Tuesday, despite the government shutdown and the dozens of votes to disrupt the Affordable Care Act. The bad news is that 8 million Americans will remain “impoverished, uninsured and ineligible for help” because of Republican governors like Rick Perry who refuse to expand Medicaid in their states.

The Medicaid expansion was supposed to fill the gap between the people who qualified for Medicaid pre-ACA and the people who will have incomes high enough to qualify for subsides on the health care exchanges. But when governors block Medicaid expansions in their states, this group of people is denied the opportunities that the ACA was designed to provide. According to a New York Times analysis, among those who now fall in the gap between Medicaid and the health care exchanges are “two-thirds of poor blacks and single mothers and more than half of the low-wage workers who do not have insurance.”

Read more after the jump. In addition to Texas, there are 25 states that have rejected the Medicaid expansion. They are home to half of the country's population, but over two-thirds of poor, uninsured African Americans and single mothers and 60 percent of the nation's uninsured working poor. These are the states that need the Medicaid expansion the most, yet they have leaders who would rather stick it to Obama than allow the people they represent to access affordable health care.

The Times shares the story of Gladys Arbila of Houston, who earns $17,000 per year as a housekeeper and is a mother of three. She is under the poverty line and thus not eligible for subsidies in the health insurance exchanges, but makes too much to qualify for Medicaid:

“She recently spent 36 hours waiting in the emergency room for a searing pain in her back.'We came to this country, and we are legal and we work really hard,' said Ms. Arbila, 45, who immigrated to the United States 12 years ago, and whose son is a soldier in Afghanistan. 'Why we don't have the same opportunities as the others?'”

The Medicaid expansion is a devastating missed opportunity for Texas, and it underscores why we need a governor like Wendy Davis – who has and will stand up for those without a voice.