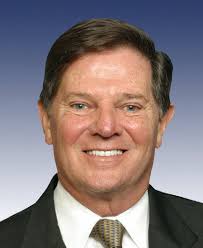 Seemingly in response to voters who wonder if their vote for judge actually matters, the Third Court of Appeals today overturned the conviction of Republican Former U.S. House Speaker Tom DeLay.

The court held that the State failed to prove proceeds of criminal activity, and, therefore, the conviction must be overturned because of insufficiency of the evidence.  In short, the court looked at a transaction that had enough buffers in place, and held that the agreement to circumvent the state election code and avoid criminal penalties (including imprisonment), was not itself a violation of the Texas Election Code or a criminal act or series of criminal acts.

DeLay had been convicted in 2010 of offenses of money laundering of funds of $100,000 or more and conspiracy to commit money laundering of funds of $100,000 or more.  The charges stemmed from a series of transactions during the 2002 election cycle.  The transactions were structured to avoid limitations on donations to candidates under the Texas Election Code.  Corporate donors contributed funds to Texans for a Republican Majority (TRMPAC) which then tendered funds to the Republican National State Elections Committee (RNSEC) in Washington, D.C.  RNSEC then issued funds to seven candidates for office in Texas.

According to the court, securing a conviction on the indictments required that the State prove “that there was a felony criminal offense which generated proceeds.”  However, the State was unable to establish the predicate offense (the offense that must be shown in order to prove the greater charge), when it could not show that the money transfers were political contributions.

To see why the court overturned the conviction, read below the jump. Citing the Texas Election Code, the court defined a political contribution as “a contribution to a candidate or political committee that is offered or given with the intent that it be used in connection with a campaign for elective office.” The court noted that per prior rulings, an exception is carved out of the Election Code:

“[A] payment or transfer to a campaign or political committee is not a 'political contribution'-and therefore, not regulated by the election code at all-if it is not  offered or given with the intent that it be used in connection with a campaign for elective office or on a measure.”

On appeal, the State argued that they had shown such contributions since the payments “were transferred to the PAC at issue without designating a particular use for the donation or were given with the intent that they be used in connection with a Texas campaign.”  While the jury was able to look at the actions of the participants to the money transfers and make a finding of guilty, the panel of the appeals court didn't buy it.

Looking to the trial testimony, the court reasoned thus:

“Although most of the corporate donations to TRMPAC did not include a specific designation or limitation on how TRMPAC used the funds, witnesses from the corporations that gave money to TRMPAC uniformly testified that they intended to comply with the law and that they made their respective donations with the intent that they be used for lawful purposes.”

The court also included this footnote:

“The evidence at trial was that the corporations primarily gave money to TRMPAC to show their support of DeLay. Most of the corporate representatives also testified that they hoped to have the opportunity to have “face time” with DeLay to discuss policy, educate him on their particular issues of concern, and build a relationship with him.”

Quid pro quo (money for face time) notwithstanding, the court's inclusion of testimony concerning donor intent is curious.  While intent is frequently an element in a charge – civil or criminal – it is ascertained from the actions of the parties charged, not from subsequent testimony that they intended to legally commit acts otherwise barred by law.

The State countered that under prior cases, “there is no such thing as a legal undesignated corporate political contribution.”  The court ruled that this was taken out of context, and then rather than investigate whether such an applicable context was possible, proceeded to further explain why there was none under the cited law.  The court distinguished between the general-purpose committees established by corporations which were the subject of the case the State used, and political action committees which were the subject of DeLay's case.  Finding the distinction sufficient, the court dismissed the State's argument.

The court further dismissed the State's argument at trial that DeLay and others violated the Election Code when they agreed to swap soft money for hard money through another vehicle.  Once the vehicle in Washington, D.C., had the one set of funds, it would release another set of funds back to candidates in Texas.  The court, however, pointed to and focused on evidence of legal money transfers:

“Rather, when viewed in the light most favorable to the verdict, the evidence showed an agreement to two legal monetary transfers: that TRMPAC transfer corporate money to RNSEC for use in other states and not in Texas in exchange for RNSEC transferring funds to Texas candidates out of a hard money account. Rather than supporting an agreement to violate the Election Code, the evidence shows that the defendants were attempting to comply with the Election Code limitations on corporate contributions.”

Outgoing Chief Justice Woodie Jones was the sole dissent on the appellate panel.  He accepted the State's arguments that such contributions “must designate the purpose” or be barred by the Election Code. He reasoned that the most of the corporate contributions to TRMPAC were not protected by subchapter D of the Election Code chapter 253 and that because they were made with no strings attached, they could not qualify as political expenditures sanctioned by the Election Code, and specifically sections 253.100 and 253.104.   Without such protection, therefore, they were prohibited, and the State's showing of proceeds should have been sufficient (and witness testimony that they didn't mean to break the law was irrelevant).  The conviction of a third-degree felony should have stood.

In further attacking the testimony concerning intent (which can be summarized as “But we didn't mean to!“), Chief Justice Jones quoted from TRMPAC's own materials which were used to solicit donor contributions:

• “TRMPAC is focused on raising and giving funds directly to Republican candidates for state house, state senate, and potentially all statewide offices.”

• “Your support today will go directly to help Republican candidates in Texas successfully run and win their campaigns.”

• “All contributions, whether to the PAC or individuals, will be used for direct campaign expenses.”

• “Unlike other organizations, your corporate contribution to TRMPAC will be put to productive use. Rather than just paying for overhead, your support will fund a series of productive and innovative activities designed to increase our level of engagement in the political arena.”

“A rational juror could find that a corporation that makes a contribution to a political committee whose stated primary purpose is to raise and give funds directly to candidates, in response to a solicitation that essentially promises that the funds will be used for “direct campaign expenses” “rather than just paying for overhead,” is doing so with the intent that its contribution go to an individual candidate or campaign.”

While the court did not necessarily give its blessing to circumventing election laws in today's opinion, it did seem to nearly bend over backwards to justify TRMPAC's actions in doing so, citing how each action by the PAC did not violate various provisions of the law.  About the only thing the court did not do was draw a diagram.

The court's opinion may be read here.