While we shouldn't overlook the fact that Rick Perry's own personal judgement is completely shortsighted on his own, due to his ability to consistently overlook the realities that he and his party have forced upon women in this state, we now have additional entities to hold accountable for the failure of the Texas Lilly Ledbetter Fair Pay Act. 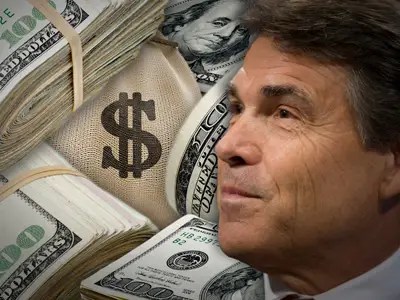 Along with the GOP, these businesses think that treating your employees equally and paying them equally is “unnecessary.” Apparently this law was so unnecessary that forty-two other states already have their own state equal pay law. So unnecessary, even despite the fact that white women currently make only 77 cents for every dollar men earn. In addition, women of color make even less, black women make just 69 cents, and Latina women just 60 for every dollar made by men.

Read below the jump on why it's necessary to show these businesses exactly what happens when they mess with equal pay for Texas women.Progress Texas pushed out a new campaign today encouraging people to boycott Macy's and Kroger for supporting bad policies that seek to harm women. As a refresher, they laid out exactly why state laws are needed to support the federal Lilly Ledbetter Act in June when it was vetoed:

It is important to note why Texas needs a state law to mirror the federal Lily Ledbetter Act. The following bullet points are summarized from the bill analysis for HB 950:

– Further, the law will “allow parties to proceed in a nearby state court, while at the same time avoid the increased expense of having to proceed in a federal court which may be far away”

– Finally, the Texas Supreme Court issued a decision on August 31, 2012 in Prairie View A&M v. Chatha, and made it clear that Texas law does not provide the protections of the Lilly Ledbetter Act.

Senator Sylvia Garcia, a co-sponsor of the bill, stepped forward today as the first legislator to participate in the boycott against Macy's. See her press statement below:

Today, Senator Sylvia R. Garcia cancelled her appearance at the Macy's at the Galleria Hidalgo to kick-off the 2013 Back-to-School Sales Tax Holiday.

“While I strongly support the tax free weekend that allows parents struggling to provide clothing and supplies for their children before they return to school, I was dismayed to learn that Macy's and Kroger would oppose equal pay for equal work.  As a co-sponsor of the legislation and supporter of  equal rights, I am supporting the call to boycott  until these stores  reverse their position and declare their support for equal pay,” stated Senator Garcia.

And as of 5:00 pm today, Representative Senfronia Thompson (author of the House version of the bill) joined the boycott, releasing the statement below:

“Upon learning that Macy's had pressured Governor Perry to veto the Lilly Ledbetter Fair Pay Act, I decided to cancel my appearance at today's press conference. HB 950 passed both chambers with bipartisan support, and until Macy's and other retailers that oppose common sense legislation get on board with equal pay for equal work, I will not be patronizing any of them. I will not support these retailers until they support Texas women.”

“Because I support the Sales Tax Holiday as a means for Texas families to save on back-to-school items for their children, I urged Senator Ellis to go on with today's press conference since we know he's got Texas' women's back.”

“This bill is about letting Texans solve Texas problems to take care of Texas wage disputes.”

It's great to see legislators taking the lead on pushing this boycott– but it's going to take all of us for these businesses to feel the heat. Sign the Progress Texas petition and take a good look at the other businesses that sent letters to the governor against fair pay, who need to be boycotted too:

Even if these businesses change their stances, the Texas Lilly Ledbetter Fair Pay Act will have to go through the entire process again in 2015. However, we need to set a precedent the next time this bill comes up.

Let's show Texas businesses that opposing equal pay is the worst decision they can possibly make. Not the other way around.