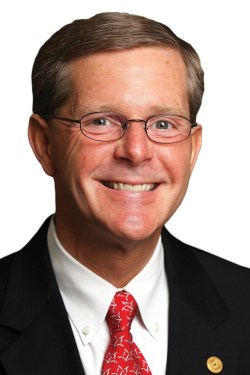 Most observers of the abortion debate in Texas expected today to be a last hoorah of sorts with Governor Rick Perry's signing HB2 — boy were they wrong. Conservative Republican Phil King has filed a bill today, HB 59, that would restrict “abortion after detection of a fetal heartbeat.”

The bill defines a fetal heartbeat as, “cardiac activity or the steady and repetitive rhythmic contraction of the fetal heart within the gestational sac,” and can be typically detected as early as 6 weeks. It requires that a doctor perform a test to verify that no fetal heartbeat can be detected, the results of which must be presented to the woman who then has to sign her acknowledgement. Doctors who knowingly provide abortion services in violation of this decree are subject to a misdemeanor charge and a fine of up to $10,000. The bill makes an exception for a “medical emergency.”

More on the bill's “viability” below the jump…This type of legislation has been filed in several states even though Roe vs. Wade established that abortion was a legal right until “viability”, usually 24 weeks. Only one state, North Dakota, has such a ban in place but even there women are much closer to a neighboring state with less restrictions than are women of Texas.

The House remains in recess until Thursday, July 25th “pending bill referrals” and though the second special session is starting to wane, there is technically still time for the bill to make its way through the process. The bill, which has two co-authors Republicans Dan Flynn and Geanie Morrison, is unlikely to make its way to the floor for consideration, but the door was opened when members agreed to allow committee hearings to take place during the next week of recess.

As of this posting the bill has yet to be referred to a committee for a hearing. If that happens a public notice will have to be posted at least 24 hours in advance.