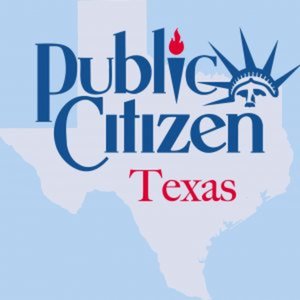 This veto smells. The stench is made stronger because Perry also vetoed the Texas Ethics Commission sunset bill, which required disclosure of those donating “dark money” to nonprofits funding attack ads.

Texas has more than 281,000 elected officials and government employees, and less than one tenth of 1 percent of them – or about 200 – are accused of some kind of criminal activity every year. Since most of them are based in Austin, the job of investigating and prosecuting them has been given to the Travis County District Attorney's Office's Public Integrity Unit. Over its lifetime, this division has obtained convictions in more than 800 cases and ordered more than $10 million in restitution just from prosecuting public employees. It has investigated and prosecuted more Democrats than Republicans. The PIU has done such a good job that the Legislature asked this unit to look into insurance and motor vehicle fuels fraud as well.

More below the jump.The Insurance Fraud section of the PIU is dedicated to cases involving fraud that affects the solvency of insurance companies, the sale of bogus insurance plans, embezzlement, and health care fraud. These cases require large amounts of manpower due to the cross-county nature of fraud. Multiple offenses are consolidated for prosecution in a central location, resulting in a higher punishment range. Insurance fraud often affects a vulnerable population, the elderly in rural areas. This section has obtained more than 440 convictions and $21 million in restitution.

The Motor Fuels Tax Fraud section was created to deal with the loss of millions of dollars in fuels tax revenue the state was losing each year. Types of fraud cases this section handles are more complex and time-consuming than regular white-collar crime cases. The nature of the industry creates more opportunities for fraud and collusion, making it difficult to prosecute. Since 1989, the Motor Fuels Tax Fraud section has secured more than 270 convictions with more than $12.5 million in restitution ordered.

Perry said that he vetoed the funding for this office because he wanted the Travis County district attorney to resign after she pleaded guilty and served time for a drunk driving charge. She seems to be singled out; other DAs, judges and lawmakers have been convicted of DWI since Perry took office, yet he has not gone after their funding.

The current investigation of the potential misuse of $56 million in grants by the Cancer Prevention and Research Institute of Texas (CPRIT) may have triggered Perry's veto.

Perry appoints the CPRIT board members, and it appears that some of this public money did not go through the usual vetting process, ending up in the pockets of companies with investors who also have been backers of Perry. Questions that might lead to the indictment of key Perry backers were presented to the grand jury just two days before the veto of the funding for the unit investigating and prosecuting this case.  This is not the only high-profile case the DA is pursuing. The case involving Tom DeLay, former speaker of the U.S. House of Representative, is still on appeal.

It's too late to override Perry's veto, but the Legislature could pass Rep. Sylvester Turner's resolution, HCR 1, asking the Legislative Budget board, which manages the budget in between sessions, to find the $4 million a year needed to fund this agency. Call your legislators today and them to unleash this watchdog again.


Tom “Smitty” Smith has been an ethics watchdog for more than 28 years. Matt Haertner is a researcher. Public Citizen is a national, nonprofit consumer advocacy organization.
Share. Twitter Facebook Google+ Pinterest LinkedIn Tumblr Email
Previous ArticleWhere Will Women Go for Abortions if SB1/HB2 Passes?
Next Article Rick Santorum Is Confused About Why He Came To Texas