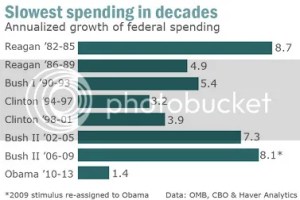 Yesterday the Obama campaign released a new TV ad laying out two very different courses our country could take this November. The video titled “The Choice” will air in 9 swing states. In it, the President focuses on the ideological battle between giving tax cuts to the the wealthy and investing in education, energy, infrastructure and paying down the debt. Since the 2009 financial crisis this conflict has guided our political discourse but its sentiments are nothing new. The President said, “We tried that top down approach. It's what caused the mess in the first place.” The “mess” caused by unregulated banks is exactly what Romney plans to revert back to should he be elected. Companies sit on record profits and the largest cash reserves in all of commercial history but Romney believes they still need more before they feel confident enough to create jobs. In fact in his plan the top 1% would receive 39.1% of the tax cuts. That's 4,000 times more than the average household would benefit. That plan is a total affront to the middle class and the millions of hard working Americans who as Obama rightly noted helped create that wealth. Romney himself exemplifies what more tax breaks mean – more money in overseas accounts and the creation of jobs in countries with substandard employment practices. In the past companies invested in our country because we had superior infrastructure and we had that because we invested in ourselves. There is no “free-market” without a stable government and there can not be a stable government without adequate revenues. To be clear Obama's proposal for sufficient investment is not synyomous with “out of control spending”, in fact, a new report by Forbes shows the Obama Administration “has actually been tighter with a buck than any United States president since Dwight D. Eisenhower.”

More plus the video below the jump…As we climb out of the Great Recession it's relevant to recognize the similarities between the current campaign and that of the one during the Great Depression. Americans in 1932 were faced with a choice between continuing to weather the booms and busts of capitalism or a pro-active government that created jobs and built infrastructure. It took more than a decade and a World War but we came out of that era after massive spending by the federal government and still managed to pay off our war debt and emerge as a world power. Those who solely credit the war for getting us out of the depression should remember that it merely accelerated government spending and even during the post-war hay-day of the “greatest generation”, when the economy was booming the top marginal tax-rate reached over 90%. Years later Kennedy challenged Americans to continue to put country first and now decades later President Obama has renewed that challenge taking this message directly to voters stressing the importance of paying down the debt and investing in American jobs and energy by asking the wealthiest Americans to pay “their fair share”. So, while Romney vows to “take this country back” our President pledges he will continue to move us forward.

Over the next four months, you have a choice to make. Not just between two political parties, or even two people. It's a choice between two very different plans for our country. Governor Romney's plan would cut taxes for the folks at the very top. Roll back regulations on big banks. And he says that if we do, our economy will grow and everyone will benefit. But you know what? We tried that top down approach. It's what caused the mess in the first place. I believe the only way to create an economy built to last is to strengthen the middle class. Asking the wealthy to pay a little more so we can pay down our debt in a balanced way. So that we can afford to invest in education, manufacturing and home-grown American energy for good middle class jobs. Sometimes politics can seem very small. But the choice you face, it couldn't be bigger.