You may not know it, and even if you did, you may have forgotten about it which is why I'm writing this post. I'm here to tell partisan Democrats that the most important race on the Texas ballot for the future of the Democratic Party of Texas might not be the Governor's race. In fact, it's a race in which Democrats didn't even bother to field a candidate- and therein lies the problem, one which we are going to regret and for which someone's head should probably roll.

I'm talking of course about the race for Texas Comptroller.

Republican incumbent Susan Combs, who sits on the Legislative Redistricting Board, has no Democratic opponent and faces only minor party opposition on the ballot. Normally, that's not a problem because the only minor party is the Libertarian Party, which can expect up to 20% of the vote in a race such as this. This works out quite well for Democrats because it guarantees the Libertarian Party as a whole ballot access for the next 2 years if they can exceed 5% in any statewide office (or 4 years of access if they can break 2% in the Governor's race). This has happened repeatedly in the past decade in statewide judicial offices where the Democratic Party has not fielded a full slate.

But this year, the Republicans made a smart move in paying for the Green Party's ballot petitions program, qualifying them for the ballot this year. (See here, here, here, or here.) The Green Party has failed every time they have tried to regain ballot access this past decade and likely would have again this year if not for the support of the Republicans who bought their access. 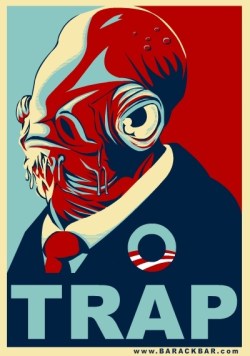 Ed Lindsay, twice the Democratic nominee in HD-54 against Republican Rep. Aycock is but a pawn in this almost beautiful GOP scheme. Many Democrats, seeing no nominee of their own on the ballot, still want to vote against Comptroller Combs- but now they have a Green candidate (instead of just a Libertarian) for whom they can cast their protest vote. And if enough voters, just 5%, choose the Green Party candidate to “stick it” to the Republicans by voting for the “most liberal” alternative, Democrats will give the Greens (and the Republicans) the only thing they both want- automatic statewide Green Party ballot access for 2012.

2012. The first election after redistricting. You see where this is going?

Does anyone doubt that every marginal state house seat on the ballot will have a Green Party candidate? Or that many of those candidates will actually be fielded by the same Republicans who bought the Green Party and their ballot access this year? And that all this is done knowing that Green candidates 'take' more votes from Democratic candidates than the Libertarians 'take' from Republicans, allowing the GOP to hang on to their majority just a little bit longer?

Many of the following Democratic State Reps should be keenly aware of this math.

Yes, it's Democrats' fault for not running for Comptroller. Yes, many of us support more ballot choices and inclusion of a liberal party's viewpoint. But this isn't about higher values or “costing someone the election” or being anti-Green. A vote for the Green Party really is a vote for the Republicans. It's their Party, they paid for it, and the GOP is counting on Democrats to seal the deal. For less than $200,000, the GOP will have enabled Democrats to stab themselves in the back up and down the ballot in 2012. That is, unless Democrats refuse to fall for this Republican trick.

This year's Green Party is a Republican scam. Don't fall for it. Don't vote Green. Not this time. “It's a trap!”