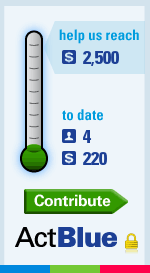 Yesterday, the State Board of Education began its meeting at around 9 A.M.  On the schedule: public testimony regarding the proposed social studies curriculum.  In response to a rally at the March meeting of the State Board, Chairwoman Gail Lowe complained that none of the members offered testimony.

Oh, people need to give testimony for their concerns to be heard?  Alright, then.  Over 200 people signed up to testify at yesterday's meeting.  It started out slow, and many left in frustration.  But 120 still walked to the podium to speak their minds.

So, about 14 hours after the meeting's beginning, they finally wrapped up…

There were over 70 people who signed up officially in support of the standards, but the opposition had its day.  While a smaller number signed up “against” than in support, many who registered as “other” were really activists in disguise who also were upset with parts of the proposed curriculum.  Eight state representatives arrived unscheduled, too.  As per usual, they were offered an opportunity to speak — but six of them were Democrats upset about the standards, too.

Most significantly, though, the problems they referred to were far and wide.  Whether there was a problem portraying the significance of a cultural movement in America (for example, Dolores Huerta was mentioned many times) or a less racial problem (as a personal example, I mentioned the standard that implores students to “understand the poor record of collectivist, non-free market economic systems”) — time and time again a concerned citizen would testify on a specific part of the proposed standards where the board clearly messed up.

Conservative board members kept asking for specifics.  They acted as if their standards could not be wrong unless the wrong was pointed out in a specific place.  Many specifics were given, such as the examples above.  A lot of those specifics will likely be visited today and tomorrow, and some may even be amended for the better.  But as the large and diverse set of testimonies showed, this isn't a game of specifics. The problems with the proposed curriculum are not simply errors here and there.  They are a trend.

And that, perhaps, is the main reason why a chunk of those against the amendments requested a further delay in the adoption of the standards.  After all, the textbook timeline will not likely be harmed…not with the current budget crises already doing so.  And you simply can't fix that many problems in just two days, can you?  Representative Trey Martinez-Fischer gave another reason to delay the process and let the experts take another look: the law, after all, calls for “direct participation” between the State Board and those experts. Is this direct participation?  And is this legal??

Setting up a structure so that teachers can teach their students history should be easy.  It should be boring and uncontroversial, too.  There should be the basic points that students are expected to cover.  Besides that, though, just let them study history.  And just let teachers educate.

But it's not like that.  If the national media attention didn't already alert the board members to the fact, over 200 public testifiers should have: the people have problems with the state board of education.  The people are complaining to their elected officials about it, too.  I've had Les Miserables' music stuck in my head, and I think a quote is appropriate: “Do you hear the people sing? Singing the songs of angry men [and women]?”

Alright…about those elected officials…Will they listen?  (tune in at 9 AM to find out!)