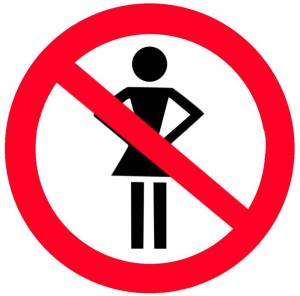 While Texas women are in the womb, the new Texas GOP platform is very supportive of their rights as fetuses. Once they're born, it's all downhill.

From opposing comprehensive sex education, to limiting access to contraception, to undermining a woman's right to choose, to shaming women who do make the difficult choice to get an abortion, the Texas Republican Party has made it clear that they want women alone to bear the burden of what both women and men are responsible for.

We've known it all along, but the platform articulates it on paper: the Texas Republican party is anti-women.

See the highlights below the jump.It's not surprising that the GOP platform is anti choice, or that the party is firmly opposed to Roe v. Wade. It's also not surprising that they would cut off public funding for any organization that provides or even “supports” abortion.  What is truly shocking is that the platform purports to be pro-choice. It states, “we strongly support a woman's right to choose to devote her life to her family and children.” Except when there's only one choice, it's not a choice at all.

Despite its strong stance against abortion, the platform does nothing to prevent unwanted pregnancy, and in fact undermines efforts to do so. For one, it proposes limiting access to the morning after pill, which it refers to as an abortifacient despite the fact that it actually prevents pregnancy. It also opposes sex education other than abstinence until marriage, ensuring that young women get as little information as possible about how to be safe and avoid unwanted pregnancy. It would also require parental consent for any form of medical care for minors, which would include things like accessing birth control pills through a health care provider. Essentially, if a young sexually active woman wants to prevent pregnancy, she cannot talk to her doctor about it without her parents signing off. And of course if she needs to get an abortion, her parents would have to sign off on that too.

Because abortion is still legal, the platform seeks to make it as difficult and damaging for the woman as possible. The party supports shaming women who choose to get abortions by doing things like showing the woman ultrasounds of the fetus, suggesting alternatives to abortion and requiring doctors to discuss the evolution of the fetus's nervous system and provide pain relievers to the fetus.

The platform is also very supportive of hospitals, doctors, nurses, pharmacists, insurance companies, and basically anyone that does not want to provide women with any health care options that they find objectionable – even birth control.

To top it all off, in a section called “Thank You” that would be funny if it weren't serious, the platform applauds the Texas legislature for passing strong women's health legislation. This is the same legislature that has repeatedly slashed the budgets for women's health and family planning services, and voted to close almost all women's health clinics that provide abortions in the state – forcing some women to drive hundreds of miles to undergo a completely legal procedure.

What's clear from the platform is that the Texas Republican Party does not believe that women's health requires giving women control of their bodies. It means forcing women to stay in line, and punishing those who don't.