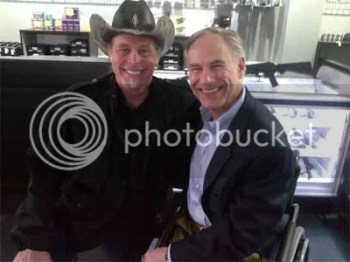 It's been over a week since Greg Abbott invited Ted Nugent, an admitted and unapologetic sexual predator, to join him on the campaign trail.

Despite across-the-board criticism from both Democrats and Republicans, the Abbott campaign has decided to stick by their decision. According to Abbott's chief strategist Dave Carney, “You can play the victim and the over-outrage so many times.”

But speaking out against a known sexual abuser is never “playing the victim,” and many Texans are calling for an apology. Among them is Nicole Anderson, a rape survivor whose story led Wendy Davis to pass a law expanding the use and testing of rape kits.

The Wendy Davis campaign recently released a video of Nicole and her reaction to Greg Abbott's willingness to partner with Ted Nugent. “It made me feel like it minimized the fact that Ted Nugent is a predator,” Nicole said. “I think that it sends the wrong message.”

Watch the video after the jump.