Just as happens in every primary, some of the several hundred Democratic Election Judges will not be available to work at the polls on March 4, due to work, health, family, or other reasons. As always, the party needs more people to fill those spots (and any other unexpected last-minute vacancies), to help Democrats choose our candidates by serving as Election Judges or as clerks at the polls. You are not limited to working only in your own precinct. The positions are paid. The Secretary of State does want all election workers to be trained in the new Voter Photo ID law. (This can be done on line — see the next article.) If you can help, please sign up on line at our Election Worker Registry at this page. Read more here. Call the office with any questions. Thank you on behalf of all our candidates and voters.

If you missed the required Secretary of State-mandated Voter ID training for all Texas Poll Workers led by Dallas County Elections Department, it's not too late.  All you need is a computer, access to the internet and a personal email address.

Go to www.texaspollworkertraining.com and create an account.  Once you've established an account on the site, a login screen will appear.  Log in and choose “Democrat” on the next page.  The five training modules are on the left under “Poll Worker Training Online”.  Select “Open” next to “Module 1: Introduction” and start the course.  Each module is followed by an eight-question, multiple-choice test.  After completing all five modules and tests you will receive a certificate of completion.  The Secretary of State office will report your completion of the training to the Dallas County Democratic Party office.  You must complete the training no later than Sunday, March 2, 2014, in order to be eligible to work in the polls on March 4. It's just that simple.

If you do not have access to a computer or the internet, please call us at the Dallas County Democratic Office, 214-821-8331, to schedule the online training at our office.  We're happy to assist you.

You may have heard news reports about the Irving Post Office firing an employee for returning mail intended for delivery, including hundreds of voter registration cards.

If you registered, but did not receive your voter registration card, you can still vote. Here's how:

A list of the times and places for Early Voting in this year's Democratic Primary is available as a pdf at this page.

This is our chance to help decide the future of our party. Don't wait until the rush on Tuesday, March 4. Vote early and all those campaigns will likely stop robo-calling you.

The actual sample ballot, showing four propositions Democrats will vote on this year, is a pdf at this page.

For hilarious reading, see the wild answers of the statewide Republican candidates, trying to out-Tea-Party each other, on the League of Women Voters Guide, a pdf at this page.

We have a list of all the Democratic candidates on the Dallas County ballot, with their websites, facebooks, or twitter links, and phone numbers and email addresses (when we have gotten them), posted at this page.

Notes at the top of that page detail the one filed candidate who withdrew, and four others that were disqualified or declared ineligible (for insufficient petition signatures or for residence).

As you can tell from her answers in the League Guide above (where she repeats her frequent call for impeaching President Obama), one of the five candidates for US Senator, Kesha Rogers, is a follower of convicted felon Lyndon LaRouche. None of the other candidates in our party seems connected to any totalitarian cult. UPDATE: Our Texas Democratic Party State Chair Gilbert Hinojosa just sent out this notice:

“Kesha Rogers is one of the candidates on the ballot for U.S. Senator in the Democratic primary — but do not be fooled. Kesha Rogers is not a Democrat.

Ms. Rogers is part of the “LaRouche Movement,” which has a history of violent rhetoric. The focus of her campaign is impeaching President Obama. Rogers has even paraded around Texas with a poster of the President with a Hitler mustache.

Rogers believes that the U.S. economy is secretly controlled by London financial institutions and she has advocated for colonizing Mars.  That's not what real Democrats stand for.

All my best –Gilberto Hinojosa”

Precinct Chair filings are online at this page.

There are ten contests and the ballot order is shown.  When only one person filed for Precinct Chair they will win, but not be printed on the ballot. (There are no write-ins.) The terms of current Precinct Chairs run through June of 2014. Some incumbents who failed to get filed due to ice storms or whatever will likely be elected to another two year term at the June Executive Committee meeting.

To see which of our candidates will face Republican opposition in November, see the listing for candidates of both parties at the Secretary of State's website at this page.

Choose Dallas County on the drop-down menu. The order is sometimes strange and unlike what will really be on our ballots, and it does not identify incumbents or list Libertarian or Green candidates, but it does show how few Republicans dared challenge our Democratic Judges in Dallas County.

Yes, there may be runoffs. In Texas a candidate has to get a majority of the primary vote, or there will be a runoff between the top two vote-getters. This year that will be May 27. We could have several: statewide for US Senator and Agriculture Commissioner, countywide for Judgeships in Districts 265 and 301 (with five candidates), County Criminal Court 5, District Clerk (with six), and Dallas County Treasurer (with four), and in district races for State Board of Education 13, State Representative 105, Justice of the Peace Pct. 4 Pl. 1 and Pl. 2 (with four), Justice of the Peace Pct. 5 Pl. 1  (with five), and Constable Pct. 5 (with five). Just a few votes can make the difference in whether there is a runoff — and who is in it. Your vote is very important in these contests.

The Democratic Party does not endorse opposed candidates in the primary, but some Democratic clubs and organizations and officials do, as well as various other groups. Just for fun, Democratic State Committee member James White has compiled an unofficial list of those endorsements he's heard of, as a GoogleDoc at this page.

Be aware: several groups don't endorse, or still haven't endorsed yet, or let James know about them, and very often candidates win despite having few or no endorsements. Voters make up their own minds, and rightly so.  Study the candidates and issues and use your own judgment.  Let's pick the best ones so that on March 5 — or May 28 in runoffs — we can all come together and work for the whole Democratic ticket this fall.

If you can't make it to vote during Early Voting, then the polls will be open from 7 AM to 7 PM on Tuesday, March 4. On that day you will have to vote in the location for your own local precinct. A list of these is posted on the Election Department's website as a pdf at this page. Please note that the Election Department has not yet posted all the locations even though they are set; check back later if your is shown still open. Also note that many voting locations were consolidated, so please check your own precinct before going to vote. Thanks.

This year, there will not be Precinct Conventions on the evening of the March 4 primary. Instead, those who vote in this year's Democratic primary can attend their State Senate District Convention on Saturday, March 22, and hold precinct caucuses there. Information about those is posted on the party website and will be listed again in the Roundup before those Conventions.

Are you prepared to vote?

The Texas Secretary of State requires voters to present one of several approved forms of photo ID. The list is at this page. This is the key information:

“A voter will be required to show one of the following forms of photo identification at the polling location before the voter will be permitted to cast a vote:

“With the exception of the U.S. citizenship certificate, the identification must be current or have expired no more than 60 days before being presented at the polling place.”

(For the latest updates on local events, and links to more info about these, check out the DallasDemocrats on Facebook and Twitter, and the DCDP website Calendar. To add an event or make a change or correction, contact the party office or email the editor: BillHowellDCDP AT Yahoo.com.)

Faith And Worker Rights Jobs with Justice and the Dallas AFL-CIO present Keith Stewart, the Senior Pastor of Springcreek Church in Garland, the first speaker in this series of three evenings of analyzing specific Bible texts in their connections to the issues of worker justice. Theological reflection by Professor Joerg Rieger of SMU and discussion afterwards. (7 – 8:30 pm, Oak Cliff United Methodist Church, 547 E Jefferson Blvd, Dallas) 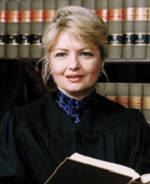 Fundraiser for Judge Sally Montgomery County Court at Law 3. Complimentary Food and Drinks. [NOTE: Judge Montgomery has no primary opponent, but a Republican is running against her this fall.] (5 – 7 PM, Social House, 2708 Routh St., Dallas)

North Dallas Texas Democratic Women Aimee Arrambide, NARAL Director of Public Affairs will be speaking about the basics about NARAL…what it is, how it got started, how long it has had a presence in Texas and what new difficulties they are facing with the (even more) restrictive legislation passed by the Legislature last year. (6:45 pm to 9:00 pm, Northaven United Methodist Church, 11211 Preston Rd, Dallas) 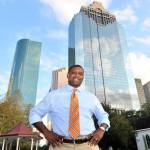 International Women's Day Celebration with Becky Moeller, President of Texas AFL-CIO. The Texas and Dallas AFL-CIO, Jobs with Justice, and the Women's Alliance for Leadership invite you. This event is free and open to everyone, but it requires registration at http://bit.do/gHbF. About the importance of women taking action, organizing, and leading to build a better Texas for all. Other speakers include community organizer Denechia Powell, drama professor Vanessa Mercado Taylor, and women's rights activist Sarah Slamen! A musical performance will be given by the wonderful women's vocal ensemble MosaicSong. We will be offering tables for organizations to inform about their work. Please reserve a table for only $30 by February 28th, 2014 by going to http://bit.do/gHbF. If you have any questions,please contact Rosemarie Rieger (Jobs with Justice) at 214-632-5695 or jobswithjusticetexas AT gmail.com.  (1:30 pm to 4:30 pm, 1408 N. Washington Ave, Dallas)

Democratic Party Senatorial District Conventions With Precinct Caucuses (In each State Senate district in Dallas County; Locations pending and will be posted and announced later)

Early Voting for the 2014 Democratic Primary Runoff Hours and locations will be posted later at http://www.dallascountyvotes.org/

Dallas Convention Center. Sign up for more information at this page.