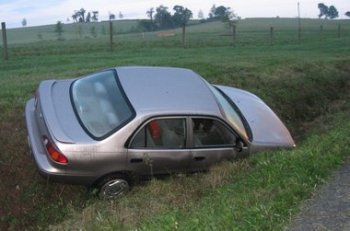 After last week's disaster of a debate among Republican candidates for Lieutenant Governor, Democratic candidate and State Senator Leticia Van de Putte ran an op-ed calling the candidates out for the issues they did cover (like creationism) as well as the ones they didn't (Texas's uninsured rate).

Accusing the primary field of continuing to move farther to the right, she also pointed to immigration, infrastructure and equal pay as areas where the candidates were out of touch with voters. “When I heard what my opponents said at the debate,” she said, “I just shook my head in disbelief.”

Read the full op-ed after the jump.

Monday night (January 27), my phone kept beeping – message after message, all congratulating me on winning the Lieutenant Governor debate. I thought, “Debate? I didn't participate in any debate.” And then I realized – they were talking about the debate between the Republican candidates!

Of course, I'm a Democrat, not a Republican. That was just their joking way of telling me just how bad the GOP debate was – after watching those four, many people were more than ready to cast their ballot this November for me.

In November, when I announced my candidacy, I said the GOP Lt. Governor primary gets “wackier every day.” Monday's debate showed us that a couple more months hasn't helped things. The Republican candidates showed they are going to keep swerving that car to the right all the way through the March 4 primary. The problem is, they're going to drive Texas into the ditch. And it's a deep ditch. Triple-A doesn't have equipment enough to get us out.

If we do the right things now, we won't end up in the ditch at all. But they won't even discuss what's important to Texas families: investing in this state and its people.

Good education will keep us out of the ditch. But all they offer are schemes that will starve our neighborhood schools.

Good infrastructure will keep us out of the ditch and make our business climate strong. Instead, under the current leadership, the plan has been to turn some of our paved roads into gravel.

Good healthcare – healthy people – will keep us out of the ditch. But the GOP candidates didn't even talk about that! Texas has the highest rate of uninsured people in the nation – how do you go through an entire hour of debate without even mentioning how to address this issue? They didn't mention it because they were too busy worrying about the extreme voices within their own party instead of talking about the issues truly crucial to Texas families.

They couldn't find time to talk about sustainable solutions for public education funding, but they had time to discuss creationism.

It was clear and hurtful that on the issue of immigration the Republicans are going to use the politics of fear as their only tactic. During campaign season they want to court the Latino votes, but when they get elected they consistently vote against the bills benefiting Latino families.

What was so frustrating about the debate was these four men discussing what they believe is best for women. And yet they never discussed what we women know are the most important issue in our lives – like equal pay for equal work. Why would anyone want our daughters to get paid less than our sons?

When I heard what my opponents said at the debate, I just shook my head in disbelief. And I thought: “Is that all they are offering?”