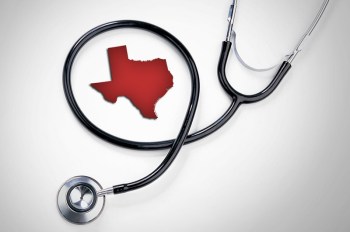 Yesterday, the Texas Department of Insurance approved a new set of rules to regulate the state's ACA navigators, the individuals tasked with assisting consumers with purchasing health insurance through the new Affordable Care Act insurance exchanges. The new rules include background checks for those who wish to be navigators, and a mandatory 20 hours of state-specific training in addition to the training they're already required to get per the ACA.

The new navigator rules have been fraught with controversy. Shortly before the launch of the Healthcare.gov site, Governor Rick Perry instructed TDI commissioner (and Perry appointee) Julia Rathgeber to institute strict regulations on navigators, including an additional 40 hours of training and a costly navigator registration fee. The new, softer rules will save the nonprofit organizations who employ navigators thousands of dollars.

Given the timing of the proposed rules, and what Governor Perry stands to politically gain from hurting the Affordable Care Act, many Democrats alleged that the navigator rules were politically motivated and not in the best interest of Texans. Republicans countered that they were trying to protect consumers from identity theft. However, Rep. Lon Burnam (D-Fort Worth) discovered internal documents that proved that the TDI rules were politically motivated and would have made them subject to legal challenges. After Burnam threatened to make the documents public, TDI relented and approved the lighter rules.

Read what Rep. Lon Burnam and other community leaders had to say about the new navigator rules after the jump.In a press statement, Rep. Burnam criticized TDI's politically motivated actions and secrecy:

Rep. Garnet Coleman (D-Houston) expressed his disappointment that these new rules, though less harsh than before, will still get in the way of many Texans' ability to get health insurance:

State Senator Sylvia Garcia (D-Houston) testified before the Texas Department of Insurance during its January 6 hearing regarding navigator rules. In a statement released yesterday, she acknowledged that the new rules were a step up from the original proposal, but will still impose undue burdens on navigators:

Ginny Goldman, Executive Director of the Texas Organizing Project also expressed concern with the rules, and reminded Texans of what's at stake this year: