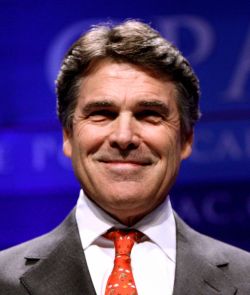 On Monday the Texas Department of Insurance held a final hearing on proposed rules placed on Affordable Care Act navigators that Democratic legislators contend is politically motivated to ensure the law's failure. Just days before the initial launch of Healthcare.gov Governor Perry instructed TDI to implement strict regulations on navigators who are tasked with helping individuals sign up for health insurance. The timing of the Governor's decision and the fact that he has bet his future's political capital on opposing the Affordable Care Act and Medicaid expansion point to political calculations within the agency whose Commissioner he appointed.

It appears from statements made by TDI officials that their agency worked with the federal Health and Human Services Department to ensure that they could maximize the additional regulations without running afoul of federal law. In a statement to the press Rep. Lon Burnam (D-Fort Worth) who has filed extensive open records request said he also received internal documents from TDI indicating that the additional training and fees were primarily due to political influence. Burnam has urged the agency to make the documents public.

Non-profit organizations in the state including United Way received portions of an $11 million federal grant to assist the state's 6 million uninsured which remains the highest in the nation. The deadline for the open enrollment period on the federal health exchange ends March 1st and the 40 hours of additional training which could cost as much as $800 a navigator places strenuous burdens on both the participating organizations and the individuals who could benefit from their help, especially since the rules prevent them from charging for their services. That means that navigators will have to come out of pocket to pay for their own training or nonprofits will have to use their grant money to pay for these unexpected additional fees. To advocates of the health care law the fees unwarranted and arbitrary.

According to Senator Kirk Watson (D-Austin) who authored the original bill regulating navigators the proposed rules violate legislative intent. “SB 1795 does not authorize the agency to place onerous restrictions on navigators that will make it harder for them to do their important work,” he said, “The fiscal note on my original bill said the Department of Insurance could implement these rules using existing resources.” He then asked, “Why is it now proposing these costly, burdensome fees?”

Rep. Donna Howard (D-Austin) told Times Warner Cable News, “I supported the legislation and I do support some controls like background checks,” but she continued, “This is an overreach in terms of the rules that are being proposed which impacts the actual ability to enroll people into health care coverage.”

Senator Rodney Ellis (D-Houston) challenged TDI for singling out ACA navigators saying that if TDI truly believes these new regulations are necessary that they, “should take steps to implement equivalent rules to ensure that consumers are protected regardless of who is providing them with enrollment assistance.”

Senator Sylvia Garcia (D-Houston) said “Our ultimate goal, regardless of your party affiliation, should be to ensure that we allow navigators the chance to help eliminate our shamefully high uninsured rate in Texas.” Those sentiments were echoed by Dallas County Judge Clay Jenkins who was critical of Texas' Republican leadership for placing roadblocks before navigators at every turn which only place the burden on local communities to cover the cost of the uninsured. On a conference call with the White House Jenkins said, “If they won't help citizens gain access to coverage, they ought to stand down and stay out of the way for those of us who are willing to work to do the job for Texas.”

As the window for enrollment as well as making rule changes closes Watson, who requested the hearing, called for a fair and transparent process saying that, “So far, TDI has failed to provide any explanation” for the additional red tape although one has been “repeatedly requested.”

“It's wrong to impose heavy-handed, politically motivated rules that primarily serve to make life harder for hard-working Texans who are simply trying to help their friends and neighbors find affordable health insurance. Common-sense regulations should strike a balance that actually protect Texans, both by protecting their privacy and by protecting their ability to find good, reliable, affordable health insurance.” – Senator Kirk Watson