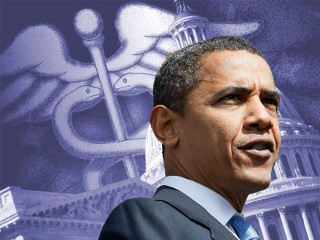 The past month has been rough for President Obama. Between the botched website rollout and the messaging issues regarding insurance, it seems that the first month of Obamacare couldn't have gone much worse. The Obama administration has put all its attention into fixing the various problems, improving the website and announcing that they'll let people keep their non-ACA compliant insurance policies for another year.

Given all the troubles with the ACA's introduction, the media has gotten caught up in criticism of the law. The push has been so strong that even Democrats have jumped on the bandwagon, calling for legislation to let people keep insurance policies that would be canceled under the ACA. While it's important to hold the Obama administration accountable for their mistakes (and there have been quite a few), we shouldn't lose sight of the fact that the Affordable Care Act's rules expanding coverage are going to help Americans stay healthier. Thanks to the ACA, insurance plans will provide more comprehensive coverage, and good insurance saves lives.

Read the Obamacare success stories after the jump.This week, Daily Kos featured a story by Georgia Logothetis about how the Affordable Care Act saved her mother's life. Her parents, both in their 60s, had watched as their premiums slowly rose year after year. Though they'd tried to shop around for more affordable coverage, pre-existing conditions like her father's high blood pressure meant no insurance company would take them. The situation came to a head when Logothetis' mother suffered a freak accident that left her health severely compromised. She required extensive medication and therapy, and the costs were devastating. As Logothetis explained:

One medical emergency put Logothetis' family in serious financial trouble. It's the kind of thing that could happen to anyone. And it's the kind of thing that the Affordable Care Act is designed to fix. With their tax subsidies, Logothetis' parents are now able to get a Silver plan from the marketplace for only $53 a month. And it covers much more than their previous plan:

Affordable, comprehensive insurance coverage means Logothetis' mother won't have to worry about doctor's visits–and that will save her life.

These are the success stories that are getting overshadowed by the stories of internet problems and the like. Stories like this one from Kentucky, where expanded Medicaid coverage will save even more lives:

The woman, a thin 61-year-old who refused to give her name…had come to the public library here to sign up for health insurance through Kentucky's new online exchange. She had a painful lump on the back of her hand and other health problems that worried her deeply, she said, but had been unable to afford insurance as a home health care worker who earns $9 an hour.

Within a minute, the system checked her information and flashed its conclusion…: eligible for Medicaid. The woman began to weep with relief. Without insurance, she said as she left, “it's cheaper to die.”

This is what the Affordable Care Act is about, and we shouldn't forget it.

A key part of the law has been to expand what insurance companies are required to cover.  This kind of expanded coverage is what will save Georgia Logothetis' mother's life. Things that must be covered include things like maternity care, or preventive care without co-pays. Preventive care has widely been found to save money and lives–a study from the Robert Wood Johnson Foundation found that including preventive care in insurance coverage “could save 90 percent more lives and reduce costs by 30 percent” over a decade.

Many plans in the individual marketplace didn't have these kinds of provisions, but were offered to people anyway. A lot of them are so bare-bones that “some argue they shouldn't even be called insurance coverage, because their coverage is too sparse to insure against financial ruin.” An Obama administration report from 2011 found that 62% of policies didn't offer maternity care, and 18% didn't cover mental health benefits, both of which are things that must be covered under the ACA. These are the plans that are now facing cancellation as the rules of the Affordable Care Act go into effect.

Insurers are claiming that it's going to take them months to price new plans, and warning that premiums may rise. This is a problem they should have seen coming.

The ACA included a provision that plans that existed in March 2010, when the law was signed, could remain in effect as long as they didn't change very much. But since “insurance companies typically do like to change their insurance plans, making changes to cost-sharing or the benefits they offer,” it means “that grandfathered plans have disappeared” and that's what people have been complaining about. Insurance companies offered people plans that they knew would have to be canceled later, and that's nobody's fault but theirs.

It's true that there have been considerable problems with the Obamacare rollout. The administration should have had the website prepared, and that's a major oversight. And President Obama should not have promised that everyone could keep their old insurance, when the truth of the matter was more nuanced than that. We should hold the administration accountable, but we shouldn't let that interfere with the law fulfilling its purpose, which is to expand coverage and save lives.