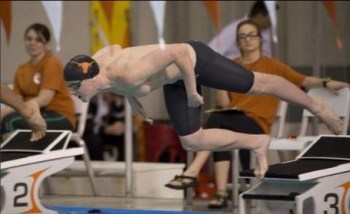 In a very heartwarming e-mail, Matt Korman, a swimmer for the University of Texas, came out to his teammates after months of suffering from depression and considering quitting the sport.

“I was growing tired of all the lying, dishonesty, and pretending,” Korman told his team. “I want you to know me for who I am.”

And now, Korman doesn't ever have to worry about pretending to be someone he is not.

While our state may not exactly be known for being a champion of equality and LGBT rights, the UT swim team is rallying around in support of their out teammate — including the guys from “the middle of nowhere conservative Texas.”

Read his coming out letter below the jump.

The last year has been a rather difficult one for me and I have spent a lot of time soul searching and trying to figure out which end is up. One thing in particular has taken me quite a long time to come to terms with, and I want to address it here and now because it's way past due.

Within the past year, I have fallen into a state of depression, which has deeply affected my life. I have had a hard time sleeping at night, eating, and have lost a lot of interest in swimming. For the first time in my career, I was ready to quit swimming at the end of the summer. Not many people have noticed something has been wrong. The ones that did, I just blamed all the stress on my schoolwork, which has been my scapegoat. But, I miss sleeping at night; being happy and being the person I used to be when it didn't really matter. Although this has been something I have known for a while, it hit me particularly hard more recently as I have realized that I'm not getting any younger and would like to start dating and enjoy the simple things of life that I have been missing out on. When I was younger I thought I was only curious or it was just a phase for me, but have come to terms that I'm actually gay. (There, I finally said it)

For a long time I tried to be someone that I am not. By opening up and talking about it I have learnt that this is normal and its okay to be who I am. I have accepted myself for who I am. There is nothing to be ashamed of. It is not something that I choose. It just is.

Please know that I am telling you this about myself because I love you guys and I really want you to know this important part of me. I was growing tired of all the lying, dishonesty, and pretending. You all have always been there for me and supported me in everything that I do. You are and forever will be my brothers. I simply couldn't continue to hide this from you anymore because it was slowly killing me. I want you to know me for who I am. I pray that this will not change anything, but I know for some of you this is uneasy. I want you all to know that I am here to have an open dialogue. If you have questions or concerns please be honest with me as I am being with you. Do not hesitate to ask me questions if you have any (appropriate ones). I know this email has been a bit heavy and I apologize for that. All I can do is hope you will accept me for who I am and realize that I really haven't changed. I am still the same me.

I love you guys & thank you for listening. 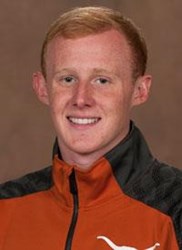 Outsports reports Korman wrote the coming out letter earlier this year. One of Korman's teammates sent a message to the magazine with the news, saying the rest of the teammates have been very supportive of Korman and his decision to come out.

Korman told the team about his orientation after first doing some soul-searching and then telling his family. Korman said he wanted everyone else to know he was gay because he was tired of pretending to be someone he was not.

“I've been totally blessed by this whole situation because it's gone so well,” Korman told Outsports. “I've gotten zero negative feedback. There were a couple guys who always throw around the word faggot and try to make every situation as masculine as possible. We have guys from the middle of nowhere conservative Texas. But they've been like, 'we're totally fine, you're still my friend and my teammate and good for you.'”

The team looks forward to hosting the NCAA national championships in March.

Coming out is one of the most difficult and challenging experiences any person that is LGBT has to overcome in life. Congrats to Matt for finding the courage to come out and to the UT swim team for being another great example of LGBT acceptance in sports.