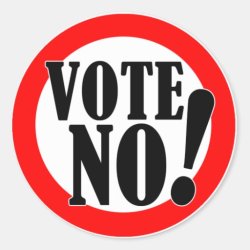 The constitutional amendment authorizing a home-rule municipality to provide in its charter the procedure to fill a vacancy on its governing body for which the unexpired term is 12 months or less.

This allows home-rule municipal governments — those that have charters and are 5,000 people or larger — to hold a charter amendment election to allow voters to determine if they want to fill municipal vacancies of 12 months or less by appointment.

Our opposition to this amendment is rooted in the myriad unintended negative consequences such a measure can have.

The maximum length of time of the appointment — 12 months — strikes us as too long for someone to serve without voter approval. If this amendment had a shorter time-frame — say, less than 3 months, in which the expense of holding an additional election might be a more pressing concern — we would have less opposition.

This amendment also permits charter amendments that provide the real potential for a council to act against the will of the voters in appointing a replacement. For instance, in municipalities with single member districts, if passed, such a charter amendment would allow an Anglo-majority council to appoint Anglo representatives to minority districts in the case of a vacancy. We are uncomfortable with an elected municipal body selecting their own colleagues and think it presents an increased opportunity for corruption and unethical behavior.

Furthermore, since there is such a wide discrepancy between turnout rates in May and November elections especially considering even and odd years, we worry that such a charter amendment might be strategically placed on the ballot during a low-turnout cycle to increase its odds of passage and thwart the will of a larger electorate.

While this amendment simply gives municipalities the opportunity to decide if they want to put forth charter amendments to allow appointments to fill vacancies to be an option, we believe that the consequences of such changes are likely to be more negative than positive. Therefore we oppose the amendment that makes such changes possible.

We endorse a vote AGAINST Proposition 7 in the November 2013 constitutional amendment elections.

Endorsements are made based on a weighted consensus of the staff, which guides the type and tone of endorsement. Members of the Burnt Orange Report staff employed by campaigns abstain from voting on those races.