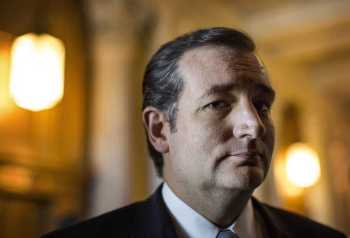 The federal government is open once more and our economy avoided default! And it was without the help of any Republican from Texas.

By a vote of 285-144 the US House passed the bill to fund and reopen the government. The US Senate did the same by a margin of 81-18. Every Democrat in both chambers of Congress voted “yes” to fund the government and avoid default. While 87 House Republicans and 27 Senate Republicans joined Democrats in voting “yes,” not one of them came from Texas.

Sens. John Cornyn and Ted Cruz — along with all twenty-four Texas Republican Representatives — voted to keep the government closed and for the US government to default on its debts.

Click after the jump to read the response from the Texas Democratic Party on our Republican Senators' shameful votes.

“For weeks, Ted Cruz led the charge to hold the economy hostage and shut down the federal government in a vain attempt to make sure millions of Americans could not access to quality, affordable health care. Tonight, after a bipartisan group of Senators brokered a compromise, Ted Cruz doubled down on his reckless Tea Party fueled temper tantrum and voted to keep the government closed and force America to default on its financial obligations. John Cornyn joined Cruz in this disastrous vote. This government shutdown cost the American economy $24 billion and the default he voted for tonight would have ruined the full faith and credit of the United States.

Cruz has proven he is more interested in scoring political points with his narrow right-wing base and protecting his potential presidential candidacy than doing what is best for Texans and the country. Greg Abbott and the rest of the Texas Republican good ole boys club all backed Cruz in this reckless action. Texas Republicans were willing to put over 140,000 Texans out of work and without a paycheck, simply to play political games. Texas deserves better than this. We deserve new leadership elected in 2014, and to take Cruz out of office in 2018.”