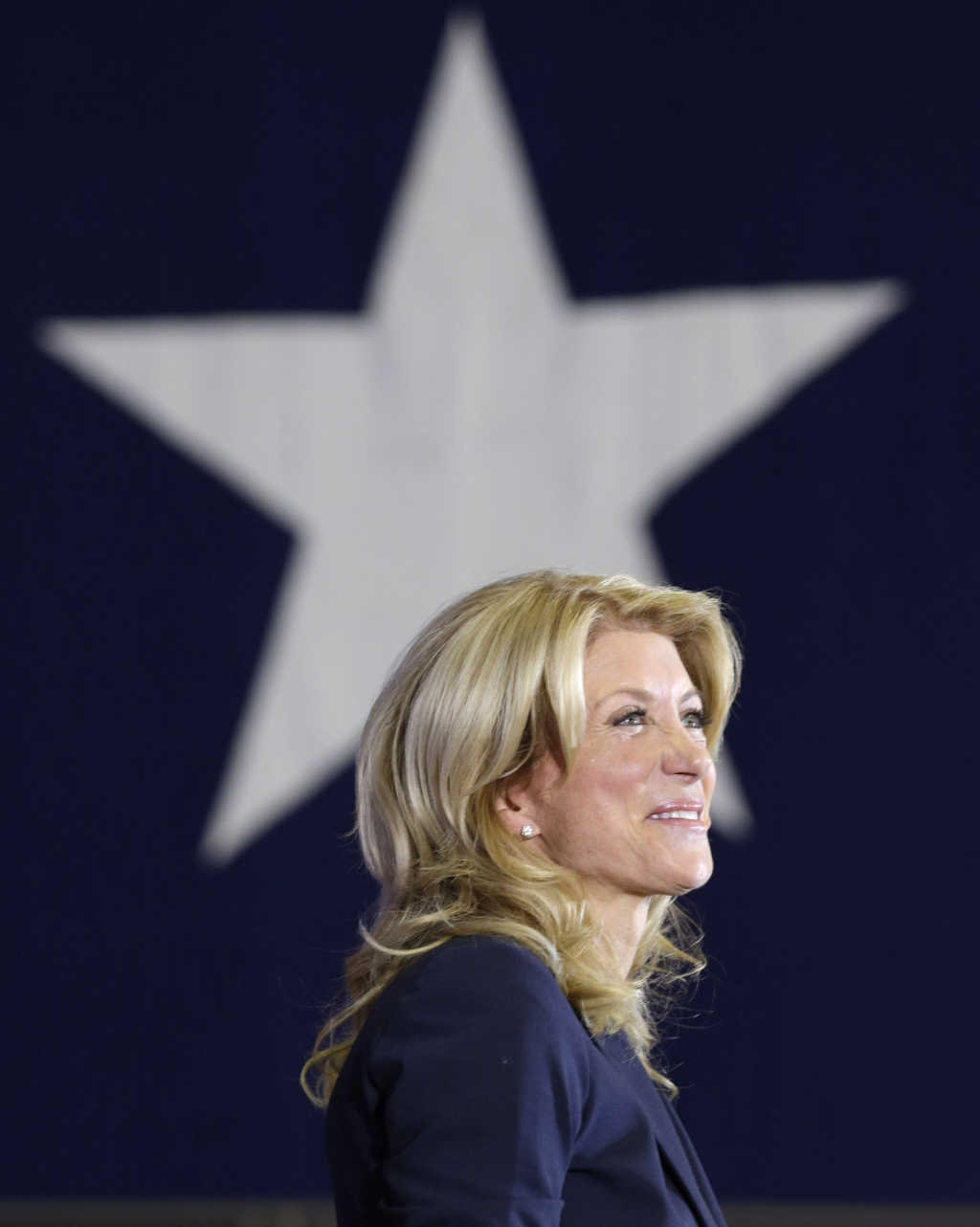 Senator Wendy Davis' announcement to run for Governor of Texas in 2014 has sparked a renewed sense of life and energy to the Texas Democratic Party. Millions of people from across the state and country are keeping a close-eye on Texas for that first glimpse of the state's long — but seemingly inevitable — journey to blue.

Davis is a candidate with a personal history of overcoming great obstacles that has proven, time and again, underestimating her is a big mistake.

Davis has championed previous races by assembling large voting coalitions of Hispanics, African-Americans, moderate Republicans and women voters. Groups of voters that can be convinced once again to go out and support her come November of next year.

Davis, a single mom who worked her way up from a trailer park to make it through Harvard Law School, has a large populace appeal. Her commitment to overcoming poverty by means of hard work and education is a personal story Hispanics in Texas — the state's largest ethnic minority and fastest growing demographic — understand very intimately. Her commitment to education, access to healthcare, and equal economic opportunity and pay for all, are issues that directly affect and matter to Hispanics.

Considering the massive energy, previous successful minority outreach and populace appeal behind her: Is Wendy Davis the candidate that can finally awaken the sleeping giant that is the Latino vote in Texas?

Read more below the jump.Davis and Hispanics are the future of our state.

According to the 2010 census, Hispanics in Texas have dominated population growth during the past decade. It has been four years since these numbers were collected, and it's safe to assume that their population size has only continued to expand. In fact, Hispanics are poised to become Texas' largest ethnic group by 2020. And, like elsewhere in the country, Hispanics in Texas vote overwhelmingly in favor of the Democrats.

The Hispanic population at its size today is most definitely large enough to turn Texas purple — perhaps, even blue. Latinos just have to be convinced to go out and cast their vote.

Internal Democratic voter data shows that in South Texas alone, the state's region with the highest Hispanic percentage, there exists approximately 360,000 Latinos who are registered to vote but have not done so these past elections. Some have voted in only one of the past three general elections. Texas Democrats believe over 300,000 of these voters would have cast a vote for Democrats had they been convinced to show up at the polls.

To put these numbers into perspective: 2010 Democratic gubernatorial candidate, Bill White, lost to Gov. Rick Perry by approximately only 600,000 votes.

Republicans clearly have the advantage this election. But, Davis and the Texas Democrats are quickly mobilizing to shatter Republicans' two-decade strong grip over the state's leadership offices. And they have company.

Battleground Texas and other progressive organizations are working the grounds.

Battleground Texas has been actively successful at registering voters since the team first began earlier this year. Since Battleground Texas launched eight months ago, the response has been tremendous and volunteers from all across the state have been working hard to turn Texas blue.

Battleground Texas has already deputized more than 3,000 voter registration volunteers, hosted a 14-city listening tour that was met with standing-room-only crowds in nearly every part of the state, and built a digital Facebook following that outpaced the Republican Party of Texas in just 78 days.

The team also initiated a fellowship program for Latino community leaders in order to ensure that the next generation of Latino leaders have the skills and knowledge they need to succeed and play prominent leadership roles in the future of the Democratic Party. The organization's ties with the Latino community has continued to grow over the past year.

“I'm going to do everything I can between now and next November to make sure she gets to the Governor's Mansion,” said Castro after meeting with Wendy Davis in a San Antonio event.

U.S. Congressman and former Texas state Representative, Joaquin Castro, has also stated his intentions to help campaign for Davis. She has also received the endorsements of EMILY's List, Annie's List, and the Texas State Teachers Association. These organizations are tired of Republicans' failed leadership over the state.

Republicans have consistently worked against Latinos.

In an effort to build a 'grassroots infrastructure,” the Republican National Committee (RNC) announced Monday it is adding Hispanic field and state directors in seven states with large Hispanic populations, including Texas.

Republicans in Texas aren't doing so hot either. Their anti-immigrant and anti-Latino rhetoric, and their malicious attempts to strip our community from our right to vote, don't exactly sit well with Latino voters.

Our first Texas Hispanic U.S. Senator, Ted Cruz, has launched an all-out war against the Affordable Care Act despite the fact that almost 60 percent of the uninsured in Texas are Hispanics. These figures represent over 3 million people. On top of that, 22 percent of Hispanics in Texas will remain uninsured because of Gov. Rick Perry's refusal to expand Medicaid.

Among the women that will be most heavily impacted by the Texas Republicans' anti-abortion legislation passed this summer will be women of color. Particularly, Hispanic women living in rural areas. Republicans' stringent abortion bills disproportionately affect Latinas — the ethnic group with the highest teen pregnancy rates. These were crucial points Wendy Davis and other members of the Legislature fought hard to include in the debate, yet were important issues Republicans ultimately decided did not matter to them.

To sum it all up: Republicans have used our community's biggest issues, such as immigration, to build animosity against Hispanics and excite their voting base. They have repeatedly attempted to prevent our children from receiving a proper education. They continue to fight to restrict our community's access to proper healthcare, including women's reproductive health. And, to make matters worse, because of failure from the Supreme Court to uphold the Voting Rights Act, Republicans in the state are now also going after our right to vote.

The truth of the matter is, Latinos and our community's needs will never truly be embraced by the Republican Party. Not until the party diversifies and quits attempting to impose dominance against minority groups. That time is not now, and our vote is not theirs.

Wendy Davis — and Leticia Van de Putte, potential Hispanic Democratic candidate for Lt. Governor — have both proven they can stand up and fight for issues that deeply concern our community.

Our children deserve a better education; our families deserve access to proper health; and our entire community deserves leaders that will not use our people as negative means to excite their voting base. Republicans' relationship with our community is, at best, complicated. Latinos simply deserve better.

Wendy Davis has successfully assembled coalitions of voters in the past that included Latinos in her senate district to help her win elections.

Latinos in Texas can help her win again.