UPDATE: As of 2:00pm September 13th, Andi's petition has received over 115,000 signatures (and growing). That's more than twice what it was when this story was published Thursday. Help continue to grow this incredible grassroots movement for compassionate use by signing the petition here, and tweeting to #BMN673 and @BioMarin. 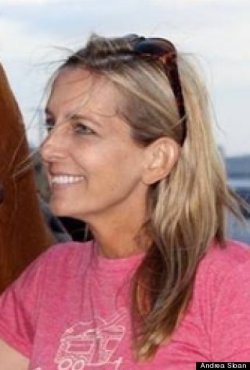 Andi Sloan's campaign for compassionate use of the drug BMN 673 has been gaining steam online but the company has yet to approve her request.  If compassion alone were a cure, Andrea would not need BioMarin at all. When I first wrote about her Change.org petition it had nearly 7,000 signatures, now it has breached the 50,000 mark and has built a bipartisan coalition that includes Newt Gingritch and Wynonna Judd.

Andrea hopes the national attention brought to her story and the soldiers for her survival, dubbed “Andi's Army,” will lead to a streamlining of the FDA approval process and greater access to experimental treatment for those who have run out of traditional options.

State Representative Eddie Rodriguez (D-Austin) wrote a personal appeal to his colleagues in the California Assembly enlisting their support in convincing BioMarin to change their mind.

Read what Andrea says about social media's impact on her story below the jump…From Rep. Rodriguez's letter to the California Assembly:

“Many of us in the Texas Legislature have close and personal experiences with such cancers, including several cancer survivors among us. The disease affects our spouses, parents, children and other loved ones, and our constituents. Today it threatens the life of our friend Andrea.

We hope you will be as impressed as we are about the justness of allowing Andrea a “Compassionate Use” exception. Thank you for any assistance you can lend.”

Social media has been a boon with regards to raising the profile of her plight, and Andrea says she is grateful for the outpouring of support. She also recognizes that her story could change the fate of many who may benefit from a change in the way those in need get access to potential life saving treatment. She told the Huffington Post:

“This is an example of the way social media is changing the way we as a society can have a dialogue about issues that are important to people who didn't used to have a voice. It is also pressing the need for companies to have start having some meaningful policies around this and other issues because what they do not want is thousands of grassroots campaigns like this lobbying them for access to their medications.

We need to help them develop real and meaningful policies that are easily navigable by patients and their physicians and in extreme circumstances like mine when there truly is no other hope.”

Sloan also told the Huffington Post that, “so far this company basically has not been forthcoming with its reasons about why it won't make the drug available.” Unfortunately, BioMarin has not adopted a policy of compassionate use but released a statement saying, “as a company we do support pre-approval expanded access programs.” Her Doctor,  Dr. Charles Levenback of the MD Anderson Cancer Clinic in Houston told CBS that in the last ten years he can't recall any patient that has receive compassionate use, but also hasn't, “had a patient as outspoken assertive determined to make a difference as Andrea Sloan either.”

Share. Twitter Facebook Google+ Pinterest LinkedIn Tumblr Email
Previous ArticleGreg Abbott's Top Political Adviser Tweets “Why Wendy Davis Is Too Stupid To Be Governor” Article
Next Article Thanks For Voting Us “Best of Austin” Twice in One Year!