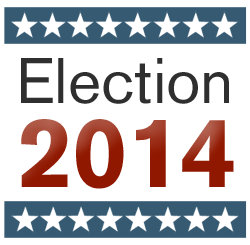 With the filing deadline for the 2014 elections creeping closer, the list of candidates grows longer – whether that is to seek re-election or retire.

While some recent moves are very important and received their own articles, such as Congresswoman Eddie Bernice Johnson announcing her intention to run for re-election and State Senator Leticia Van de Putte confirming her interest in running for Lieutenant Governor, there were other events that occurred and should be recognized.

The most significant announcement was Former State Representative Wayne Christian (R) confirmed he would be a candidate for Railroad Commissioner. He was first elected in 1996 but lost the Republican primary in 2012 to the current incumbent, Rep. Chris Paddie. Fmr. Rep Christian previously ran for Texas' First Congressional District in 2004 losing in that Republican Primary to eventual winner, Congressman Louie Gohmert; Fmr. Rep. Christian returned to the Texas House in the next election cycle. Fmr. Rep. Christian is the sixth Republican to announce for Railroad Commissioner this year.

Six more members declared they intend to seek re-election and one announced he is choosing retirement over re-election.

Find out who is retiring from the legislature and who has confirmed their intention to seek re-election, along with what divisive statements from Fmr. Rep. Wayne Christian had below the jump.In a press release, Fmr. Rep. Christian said:

“Over the past few years the Federal Government has waged a war on oil and gas development. Nowhere is that more apparent than in Texas. We're blessed as a state with immense resources, and are fortunate to maintain a good business climate thanks to low taxation and appropriate regulation. If the Obama Administration has their way, however, Texas energy development will be suffocated by a wave of new regulations and bureaucratic red tape.”

Fmr. Rep. Christian went on to highlight his divisive, extreme agenda by saying:

“I have fought the EPA from Al Gore to Obama, and bring true experience to the table as a former Vice Chairman of the Regulated Industries and a two-time member of the Energy Committee. No other candidate in the race brings to the table two decades of fighting for conservative causes and winning. Now more than ever, Texas needs an experienced conservative fighter to protect our energy sector jobs, advocate for energy independence, and stand up to the Federal Government's overreaching EPA.”

Surprisingly, Rep. Rob Orr (R – 58 – Burleson) announced he would not be seeking re-election to the Texas House. Upon retiring, he said:

“It is with mixed feelings that I make this announcement … To say it has been an honor representing the residents of Johnson and Bosque counties is an understatement.”

Rep. Orr was first elected to House District 58 in 2004. No candidates from either party have publicly declared for this seat. In 2012, President Obama got 21.11% of the vote in this district.

In Dallas County's House District 107, Democrats Wil Angelley and Carol Donovan have both declared they intend to run for the right to take on and beat incumbent Republican, Rep. Kenneth Sheets. In 2012, Rep. Sheets was re-elected with 50.8% of the the vote. Burnt Orange Report will be writing more about this hot race in the future.

Did we miss something? Do you have a tip for us? E-mail the author joseph@burntorangereport.com so we can better complete our elections database and mention it in next week's update. Third party candidate information is welcome as well!