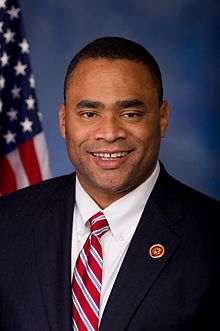 The Voter ID battle is heating up, and now, it appears that Dallas County is jumping into the fray.  In June, we reported that Congressman Marc Veasey filed a lawsuit in federal district court to stop Texas' Voter ID law from going into effect.  Texas had passed an onerous Voter ID law during the 2011 legislative session.  Efforts to stop the law had been successful as the law could not be precleared under Section 5 of the Voting Rights Act.

However, with the June decision of the U.S. Supreme Court gutting the Act, Texas Attorney General Greg Abbott and Secretary of State John Steen announced that SB 14, the Voter ID law, was the law of Texas and would be enforced promptly.  Veasey's suit to block those maneuvers immediately followed.

To see the position taken by Dallas County, read below the jump. Veasey brought his lawsuit under Section 2 of the Voting Rights Act and also claimed violations of the Equal Protection Clause of the Fourteenth Amendment.

“”This terrible law has been stuck down by the DOJ and then later denounced for 'strict unforgiving burdens on the poor and racial minorities in Texas' – nothing has changed,” said Taylor Holden, Dallas County Democratic Party Executive Director. “Perry and Abbott are not interested in electoral integrity, they simply want to restrict access to voting,” she said.”

The Dallas Morning News reported that there were concerns about voter access to the polls under the new law.

“Dallas County Judge Clay Jenkins and District Attorney Craig Watkins, both Democrats, said in a joint statement Monday that the law “could disenfranchise many registered voters.””

Dallas County Republicans were less enthused about the move.  From the Morning News:

“It is sad and predictable that the Republican Party Chair used sexist language to describe our efforts to protect the voting rights of African American and Hispanic citizens in Dallas County,” he said.

According to the Dallas County Democratic Party, the decision by the county commissioners should not come as a surprise.

“Last year, the Texas Secretary of State's office did not find matching driver licenses or state-issued photo IDs for 2.4 million Texas voters, including 220,000 Dallas County voters. Dallas County has Department of Public Safety ID-issuing offices, but none in the southeastern quadrant of Dallas County, where many minority and poor voters live. [emphasis added]”

Reinforcing that point, one of the named plaintiffs in Veasey's suit is Floyd James Carrier, a physically-disabled, African-American veteran who, despite his service lacks the requisite photo identification and would be disenfranchised under the new law.