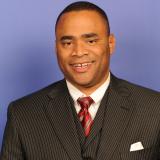 Almost immediately after the U.S. Supreme Court struck down Section 4 of the Voting Rights Act (VRA) Tuesday, Texas Attorney General Greg Abbott and Secretary of State John Steen announced that SB 14, the Voter ID law, was the law of Texas and would be enforced promptly.

The Department of Public Safety also announced Tuesday that they would begin compliance with SB 14 and accept applications for the “free” voter ID cards.

To see why this might be premature, read below the jump. According to the Houston Chronicle, however, long-time legal journalist Lyle Denniston of SCOTUSblog said the move was premature:

“[Abbott] has a judgment against him, and that judgment has to be removed before the law can be enforced,” Denniston said. “He cannot do anything while its pending before the Supreme Court unless he withdraws his own petition, and he's obviously not going to do that.”

Indeed, despite the announcements of state officials and agencies, Denniston wasn't the only one to recognize Texas' problem implementing the law.  Today, the Associated Press and Huffington Post reported that the Supreme Courtdiscarded the judgment of the lower federal court preventing Texas from going ahead with the Voter ID law.  There was no word whether Texas requested the relief or the Supreme Court entered the order sua sponte.

That would appear to end the matter; however, Congressman Marc Veasey, joined by other elected representatives and voters, yesterday filed a lawsuit in federal district court in Corpus Christi.  The lawsuit seeks injunctive relief to stop any plans for the Voter ID law to go forward.

Veasey brought his lawsuit under Section 2 of the Voting Rights Act.  Section 2 allows a private individual to bring a lawsuit to stop laws such as the Texas Voter ID law.  Section 2 has never been the favored mechanism for stopping laws like SB 14, as litigation is prohibitively expensive for the people who need it most and are often the only ones who have standing to bring it in the first place.  Those who can afford to bring Section 2 claims are often not the parties who would be harmed; they can get through the courthouse doors financially, but legally, jurisdictionally, they are barred.

Moreover, it is easier to halt the deleterious effects of discriminatory laws like SB 14 if they can be reviewed dispassionately and thoroughly before they can even go into effect.  Until Tuesday, Section 5 of the Voting Rights Act did precisely that.  In the abstract, it still does.  Practically, however, it is dead.

It is important to remember, however, that the Supreme Court did not strike down Section 5 on Tuesday.  Rather, the inability to use Section 5 stems from the fact that it was attacked collaterally when the Supreme Court struck down Section 4 of the Voting Rights Act.  Section 4 provided the formula to determine where Section 5 should be applied.  If there is no tool to decide where to apply Section 5, it is as good as stricken, and so disenfranchised minority voters now have only the costly private cause of action under Section 2 to aid them.  A useful summary of Section 2 is available from the Department of Justice.

In addition to his Section 2 claim, Rep. Veasey also claimed violations of the Equal Protection Clause of the Fourteenth Amendment, arguing that the Voter ID law “intentionally discriminates against Latino and African-American persons by denying Plaintiffs and these voters an equal opportunity to participate in the political process.”  He also rested his claim on the First Amendment, reasoning that SB 14 “inhibit[s]Plaintiffs and the minority citizens they represent, from exercising their rights of free speech and expression and meaningful political association.”

Veasey was joined in his lawsuit by seven other plaintiffs, among them African-American and Latino elected officials and organizers, as well as Floyd James Carrier, a physically-disabled, African-American veteran who, despite his service lacks the requisite photo identification and would be disenfranchised under the new law.

Whether Rep. Veasey's suit is the only such suit to be filed remains to be seen.  In theory, a vast number of minority voters in Texas now have claims under Section 2 of the VRA – as well as added incentives to bring those claims.  Additionally, any elected official who represents those populations will have the same or similar claims.  Texas officials and agencies may have declared the end of the fight over voting rights Tuesday, but today it looks more like that fight has only just started.