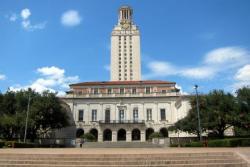 The United States Supreme Court today punted on the University of Texas at Austin affirmative action policy that was crafted in response to the Hopwood v. Texas, 78 F.3d 932 (5th Cir.1996) decision and within the parameters set just ten years ago by the Supreme Court itself with the companion cases, Grutter v. Bollinger, 539 U.S. 306 (2003) and Gratz v. Bollinger, 539 U.S. 244 (2003).  While many expected the court to “uphold” or “strike down” affirmative action, the court did neither today.  It held that the Fifth Circuit Court of Appeals applied the wrong standard of review and sent the case back to them to try again.  Technically, it was not the great (or terrible) opinion awaited by the masses, but the narrowest decision possible written by lawyers for lawyers.  Justice Anthony Kennedy wrote for the court; Justice Kagan recused herself; only Justice Ginsburg filed a dissenting opinion.

To see why affirmative action survived, read below the jump.The court held that because the Fifth Circuit did not apply strict scrutiny in reviewing the case, its decision affirming summary judgment for the university must be vacated and remanded, using the Gratz and Grutter cases as the basis for this reasoning.  Essentially, a policy that makes a distinction on the basis of race (such as affirmative action) will survive strict scrutiny by a court when the policy is justified by a compelling government interest, and the policy is narrowly tailored to achieve that interest.

“The reviewing court must ultimately be satisfied that no workable race-neutral alternatives would produce the educational benefits of diversity.” [emphasis added]

In admonishing the Fifth Circuit, the court wrote that the Fifth Circuit had made a presumption that the University of Texas had acted in good faith, shifting the burden of rebutting the presumption to the plaintiff, and thus employing an inappropriate degree of deference to the university. Because the Fifth Circuit did not evaluate how the admissions process works in practice, according to the court, they gave a level of deference that is incompatible with strict scrutiny, thereby ensuring that their decision would be vacated by the higher court. Specifically, the court wrote:

Unfortunately, while the Fifth Circuit wrote that it was “ill-equipped” to perform this evaluation, the Supreme Court today wrote that it was, in fact, required to perform that analysis. In short, while the Fifth Circuit was safe on the issue of whether there was a compelling government interest, it failed on the issue of whether the school policy was narrowly tailored and must review that policy again.  Until that happens, the future of the university's admissions policy is unknown.

Today's case, Fisher v. University of Texas at Austin, et al., began when Abigail Fisher applied for admission to the University of Texas at Austin for the class entering in Fall 2008.  She was denied admission.  Fisher then filed suit in federal district court claiming that UT had “discriminated against [her]on the basis of race in violation of [her]right to equal protection under the Fourteenth Amendment and federal civil rights statutes.” Fisher, 631 F.3d at 217.  The federal district court had granted summary judgment in favor of the University of Texas, and the Fifth Circuit Court of Appeals had affirmed that. Today's Supreme Court decision sends the case back to the Fifth Circuit to examine the same set of facts and apply a different standard of review than they did the last time.

The UT policy is well known throughout Texas.  The Texas admissions policy states that Texas residents who are in the top ten percent of their graduating high school classes are guaranteed admission to the University.  All other in-state applicants are granted or denied admission based on their Academic and Personal Achievement Indices.  The Academic Index score is derived from standardized test scores and high school class rank.  The Personal Achievement index score is gleaned from application essays and a review of the candidate's complete file.  That review will consider leadership qualities, extracurricular activities, and special circumstances such as socioeconomic status.  It is in this Personal Achievement Index score where race or ethnicity is given consideration, though not accorded special weight in the same manner as other policies at other schools which were later struck down.

The Texas policy considers race, but does not give it an automatic point distribution. It does not employ quotas or set-asides, which have long been forbidden.  Unlike the policy at issue in the Hopwood case, all candidates are subject to the same metrics, and there are no separate committees to evaluate minority candidates.  It considers race as a “plus” factor or “soft” variable only, and does so as part of a holistic, individualized approach.  Potentially, race can be given the same weight as an attribute such as school leadership, or an ability to play a musical instrument.

Many had expected the Court today to thoroughly change or eliminate the scope of affirmative action.  The makeup of the Court has changed significantly since Grutter was handed down.  Both Justices O'Connor and Stevens have retired.  Kennedy was squarely in the liberal faction, and while O'Connor was the swing vote of her day, she was the author of Grutter.  Moreover, today's chief justice, John Roberts, in a recent plurality opinion paring back affirmative action at the local level, wrote:

Interestingly, while no substantive ruling emerged today, Justice Clarence Thomas issued his own concurring opinion in which he said that he would have overruled Grutter. Thomas had, of course, dissented in Grutter, saying then that such an admissions policy was unconstitutional.

While they have been told they have more work to do, the opinions of some of the judges were not entirely opaque, showing their hands to some extent (see, e.g.: Justice Thomas).  We'll learn later if the parties in this case still have the stomach for the fight.  After all, this case must go back to the Fifth Circuit, be evaluated there, and then it could end up back in the Supreme Court, after the Fifth Circuit renders an opinion.  Time is also a factor: the Supreme Court agreed to hear this case in February 2012; it was argued in Fall 2012; and we are receiving an opinion only today in June 2013.  If this case does wind its way back to the Supreme Court, it is difficult to know whether the prevailing winds will militate in favor of or against the University.  For now, however, Grutter, Gratz, and affirmative action survive.