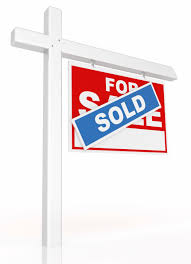 The National Association of Hispanic Real Estate Professionals recently estimated that legalization of undocumented immigrants could result in up to 3 million new home buyers, generating up to $500 billion in new real estate transactions.

Of the 11 million undocumented immigrants currently living in the U.S., they estimate that 6 million will pursue legalization or citizenship. Half of these would pursue homeownership based on average salary and home prices, as well as historic patterns of home buying among naturalized immigrants.

Hispanics, who make up 80 percent of the undocumented immigrant population in the U.S., are the fastest-growing group of first-time homebuyers, with over 1 million purchasing homes from 2010 to 2012.

Read about the impact in Texas after the jump.Texas will be especially impacted, with 1.65 million undocumented immigrants living in the state. That could translate into potentially 800,000 new home-buyers.

As the housing market continues to recover slowly, excluding millions of potential homeowners from buying carries a huge opportunity cost.