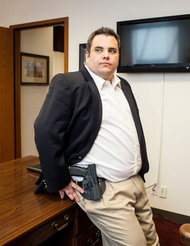 This post-session the Texas Tribune has published an interactive list allowing its readers to rank their personal “Best and Worst” legislators of the 83rd session. It may come as no surprize to those who have been watching closely that the top of the “Best” list is dominated by outspoken Democrats and moderate Republicans, while the “Worst” list is topped by Freshmen and Tea Party Republicans.

At the time of this post the top 10 Best legislator's included Senator Wendy Davis (D-Fort Worth), Rep. Donna Howard (D-Austin), Speaker Joe Straus and 2 of his Republican Chairman, Jim Pitts (Appropriations) and Jimmie Don Aycock (Public Education). In fact these “moderates” were the only Republicans to top the list. The top scores generally reflect the sentiment of the session – more money for public education. Though Straus balked at including the full sum of money Democrats requested for public education, he was a voice of reason that neutralized some of worst ideas coming from his right-wing colleagues.

Topping the list of Worst legislators are 2 Republican freshmen, Senator Donna Campbell and Jonathan Stickland. This session saw a particularly high number incoming first time legislators, so making this list was about a lot more than just being a novice legislator. In the case of Stickland he carries the Conservative at all cost mentality, oh and a .40 caliber pistol. The member, a high school dropout who later got his GED, should have taken more time to study the traditions of the House and the purpose of government instead of setting the arbitrary goal of “having the most conservative voting record in the entire House of Representatives.”, as he was quoted in the Statesman. Earlier this session it was reported by the Burnt Orange Report that his chief of staff ran a blog with racists entries, which quickly disappeared after the story made its rounds…

More below the Jump!Members who spend more time trying to make “a point”, stir controversy and generally draw attention to themselves are often not successful legislators, but I guess it's is all in how we define success. Stickland voted against the budget and the bill that would kick start the state's much needed water plan. He complained about the increase in spending, but something tells me math was never his strongest subject, and from the looks of it doesn't appear legislating will be either.

Donna Campbell also managed to make a name for herself before the first vote was cast, the Texas Tribune referred to her appearance as, “a bona fide anti-establishment Tea Party candidate.”, her former campaign opponent Congressman Lloyd Doggett simply referred to her as a, “Tea Party extremist”. She joined another list topper this session, Senator Dan Patrick (R-Houston) in support of his controversial school voucher program. So by Tea Party standards she seems to have lived up to her hype.

Though the Best and Worst leader board could also be referred to as “most popular”, I have no doubts that the Tea Party's status of owning the Worst category will be worn as a badge of honor, because its hard to be a good legislator when there is so much more to it than shrinking the size of government.