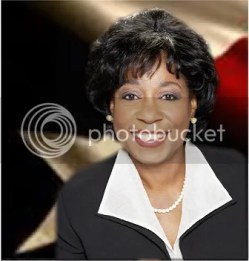 Last week, there was some definite scuffle in the Texas Legislature over bills that were originally set to be “local and consent,” or passed pretty darn easily. Some House bills were stalling in the Senate, and the House got upset. In response, the House, led by Harold Dutton, stalled some of the easier Senate Bills.

It was a mess.

Among the bills stalled in the Senate was Ruth Jones McClendon's bill that seeks to establish an Exoneration Review Commission in order to review and analyze the causes for wrongful convictions, gather objective data, and prevent further wrongful convictions from happening in Texas. McClendon complained on the House floor, and she continues to make her stand here. The Senate sponsor is Rodney Ellis.

Read on to see this week's op-ed from Representative Ruth Jones McClendon.

Texas has been showcased as the number 1 state in the nation for wrongful convictions.  It is a tragic shame that we continue to put people in prison for crimes they did not commit.  Each conviction of an innocent person reveals a failure of the justice system.

We need a Texas where a criminal is NOT still at large, free to commit more crimes because we are spending taxpayer money to imprison an innocent person who never committed that crime.  A Texas where an innocent person is not railroaded by false accusations, hidden evidence, or untested DNA.  A Texas where those who are convicted in our justice system are truly responsible for their crimes, and are held accountable.  The truth is, we can have that kind of Texas if we will not settle for anything less.  Although some changes have been made and some are underway, more is needed.  I filed House Bill 166 to create the Timothy Cole Exoneration Review Commission, to bring an end to wrongful convictions in Texas.  We need to get serious about “liberty and justice for all.”

House Bill 166 passed in the House on April 24th with strong bipartisan support.  It was sent to the Senate, where a committee hearing was not scheduled until May 14th.  In the meantime, the Senator who is vice-chair of the Criminal Justice Committee began a personal campaign against this Bill, distributing literature designed to persuade the Committee members and other Senators in advance why she thought the state should not pursue the truth about our criminal justice system.  In essence, her message to the Legislators, prior to hearing public testimony in committee, was that we have made some reforms already, and they ought to be sufficient.

Several exonerees traveled to Austin and spent a day waiting to offer their 3 minutes of personal testimony, hoping to be heard by the full Committee.  By the time the Bill was called late in the afternoon, the Senator was serving as chair of the meeting, without a quorum present.  Before the exonerees were ever allowed to speak, the Senator recited a litany of changes made in the Texas criminal justice system, even going so far as to say she had “heard the stories of the exonerees several times” and reiterated her opposition.  Imagine being a patient with terminal cancer who was misdiagnosed.  Imagine coming to testify to a Senate Committee and urge the state to pursue reforms in the medical system to prevent malpractice and assure improvements in proper diagnosis of serious, life-threatening medical diseases so that fewer persons would have their years cut short and lose their lives due to someone else's mistake.  Imagine a Senator saying to this cancer patient, “the state has been making progress in the treatment and diagnosis of cancer for many years.  You just need to understand, we're sorry you are going to die because of a misdiagnosis, but we don't need any more oversight of the medical profession to determine where and when and why mistakes are being made, in order to take corrective action. We are doing enough reforms and we just don't need that kind of oversight.”  Just imagine.

The public deserves an open and fair committee hearing process.  Someone needs to take a stand when the public interest is being ignored, and I decided it was my time to do that.  I intend to oppose this Senator's legislation on the House Floor, not because of the policy issues, but because the public deserves an open and fair hearing process.  It is true that the Senator is entitled to her opinion and her single vote, as are all Legislators.  I am exercising the same prerogative concerning my position on her Bills, which are now coming to the House Floor for a vote.  Let's be clear; I did not launch a personal campaign against her Bills before they were ever heard in committee.

Bear in mind that all Legislators are charged with a responsibility to uphold the U.S. Constitution, which requires due process of law for all persons charged with a crime.  A wrongful conviction reveals a glaring lack of due process.  A long list of wrongful convictions should serve as cause for alarm. Let us all join together, setting party politics and personal attacks aside, and dedicate ourselves toward building a better Texas justice system by supporting the creation of the Timothy Cole Exoneration Commission.