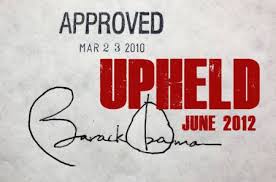 Last week, Republicans in the House of Representatives made their 37th attempt to repeal the Affordable Care Act. Despite the fact that 12 percent of Americans think the Affordable Care Act has been repealed and 23 percent don't know, the measure was entirely symbolic to show that Republicans are fighting the law's implementation every step of the way. It's also symbolic of the Republican strategy to reject anything supported by Democrats without offering a better solution.

Underscoring this point, in remarks on the House floor,Rep. Lloyd Doggett (D-Austin) said, “Together, we could provide more cost-effective care and do something more about spiraling healthcare costs.  But really, the only true Republican alternative to Obamacare is Nothingcare.”

The same goes for Governor Perry's resistance to expanding Medicaid in Texas. Perry and his allies continue to reject the federal dollars that would allow us to insure potentially 2 million more Texans, but have not offered a proposal that would make anywhere near as much of a dent in Texas' highest uninsured rate in the nation.

Read more after the jump.One of the main arguments we hear against expanding Medicaid in Texas is that Medicaid costs are too high, thus placing an undue burden on taxpayers. (Never mind that the federal government will be footing over 90 percent of the bill of a Medicaid expansion, and without it we're leaving 100 billion on the table.) But it turns out what's largely responsible for growth in Medicaid costs in Texas is simply that there are more people in poverty, and thus more Texans enrolling in the program.

From the Houston Chronicle:

Texas has become an increasingly poor state. Between 2000 and 2010, census data show that the Texas population grew by 4.3 million people – a 21 percent increase.

During that same period, however, the total number of Texans living in poverty grew by 1.4 million – a 45 percent increase, more than double the rate of overall population growth. And the number of children living in poverty grew by 75 percent, nearly quadruple the overall rate of growth. This large increase in the number of poor people led to a 79 percent increase in Medicaid enrollment from 2000 to 2010.

In fact, Medicaid costs in Texas are relatively low compared to the rate of rising health care costs outside of the program:

So despite the fact that more people are enrolling in Medicaid because poverty in Texas has increased under Perry's leadership, Perry continues to reject a program that would keep more Texans from falling further into debt and poverty. They keep saying 'no,' but have nothing to show for it.