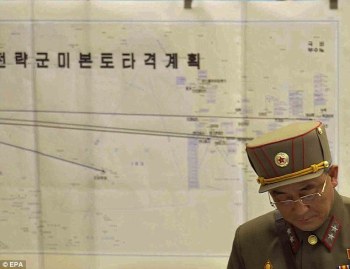 Who knew that the recent increase in North Korean bravado would end up reaching the middle of Texas. Yesterday North Korea revealed maps of US mainland targets for missile strikes and reporting by the Telegraph and others named Austin as one of the targets. Over at InfoWars, the experts have analyzed the images to project an attack on Atlanta instead of Austin.

In the meantime, much fun was had on the social web as people searched to answer the question of #WhyAustin when it came to being a target of North Korean aggression. Check out some of the best tweets, images, and humor below the fold.  View the story “North Korea Targets Austin: The Best of #WhyAustin” on Storify